After the previous weekend’s fixture had been cancelled, the Groot Drak players were all chomping at the bit to get a game in before the end of the season. After a tight game against Somerset Oakes last year, everyone was anticipating another thrilling match up.

The Oakes were asked to bat first and Johannes got the visitors off to a great start while having to contend with some sharp bowling from openers Corrie Brand and Liam Carruthers. Corrie picked up 1 wicket (and as usual could have had several more) for 25 runs in his 7 overs, while Liam was even more economical than usual, taking two wickets for just 19 runs in his quota.

Morne Maritz (17/1 from 5) and Kudu Kotze (20/0 from 4) bowled in good areas and limited the runs in the middle overs. Johannes went to his 50, unnoticed by his team-mates, who apparently, only celebrate hundreds.

Resident spinners, Jaco Swarts and Bruce Taylor were introduced to allow some respite from the pace, but both caused problems for the batsmen. Jaco managed a wicket with his second ball and from there only went for 11 runs in 4 overs, while Bruce bought Groot Drak 3 wickets for 23 in his 3 overs.

Somerset Oakes lost their last two wickets to run outs, which meant the visitors would only post 116 runs all out.

Groot Drak sent in veteran openers, MC Uys and Jaco Swarts to start the run chase after a quick lunch break.
Jaco fell early for 5 after receiving a peach from Hendrik, while new member, James Basson could only manage 4 before lobbing one to mid-on.
MC stuck around and played well for his 28 from 27 before falling to a great diving catch from John Hartley.

Groot Drak were in a spot of bother when Darren Pilz and Craig McNaught decided to get stuck in with the bat.
Darren held on to his wicket resolutely, while Craig freed his arms and sent a few balls to the boundary. Both batters managed to remain not out, with Darren scoring 18* from 26 and Craig unbeaten on 57 from 42 before the final runs were scored in the 19th over.

In the end, a rather one-sided game, but one that was enjoyed by all. Both teams put away a few cold beverages at fines before saying goodbye to Groot Drak for what proved to be the last time for the season, with the Coronavirus putting a premature end to the club’s cricketing calendar. 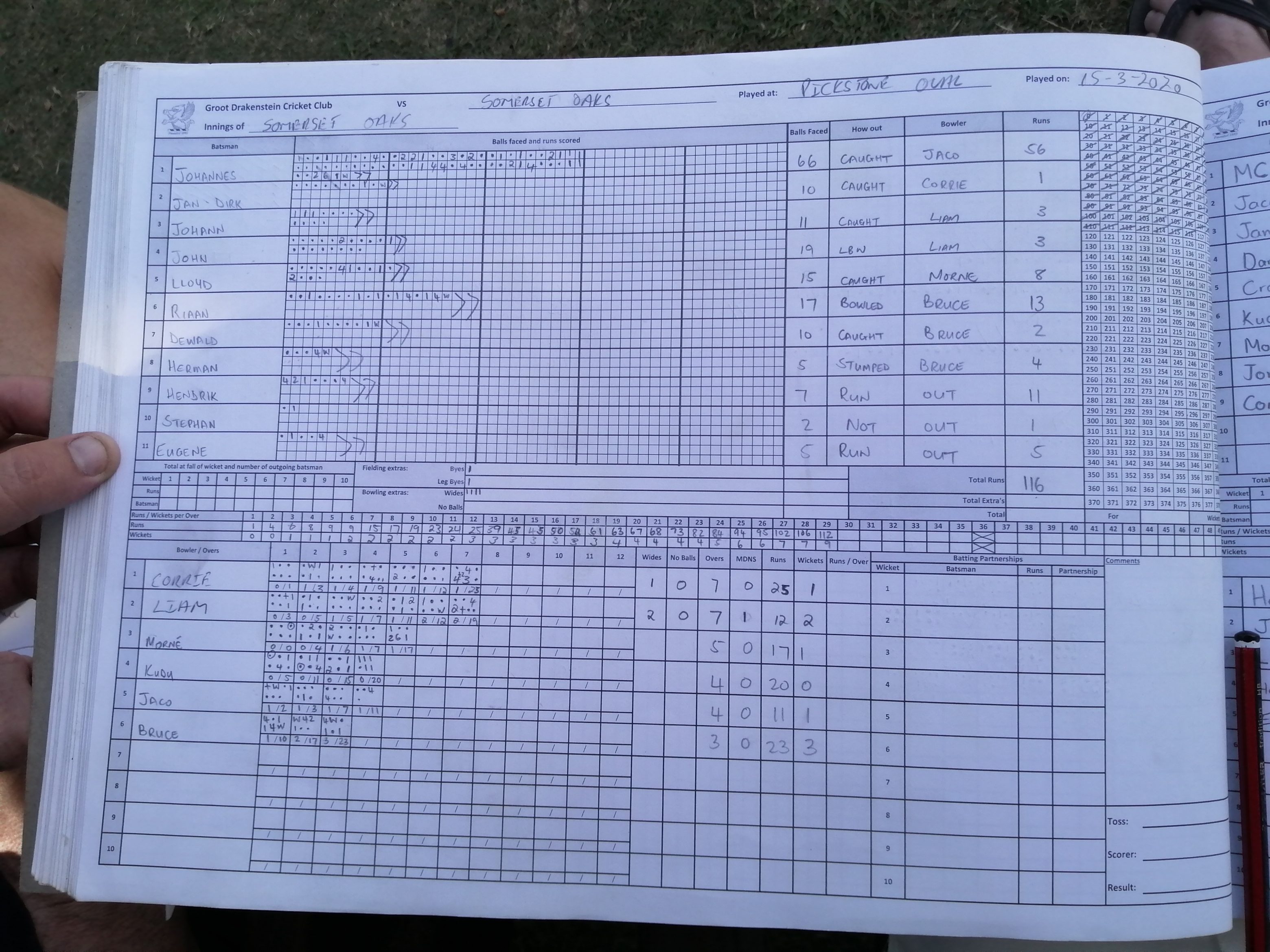 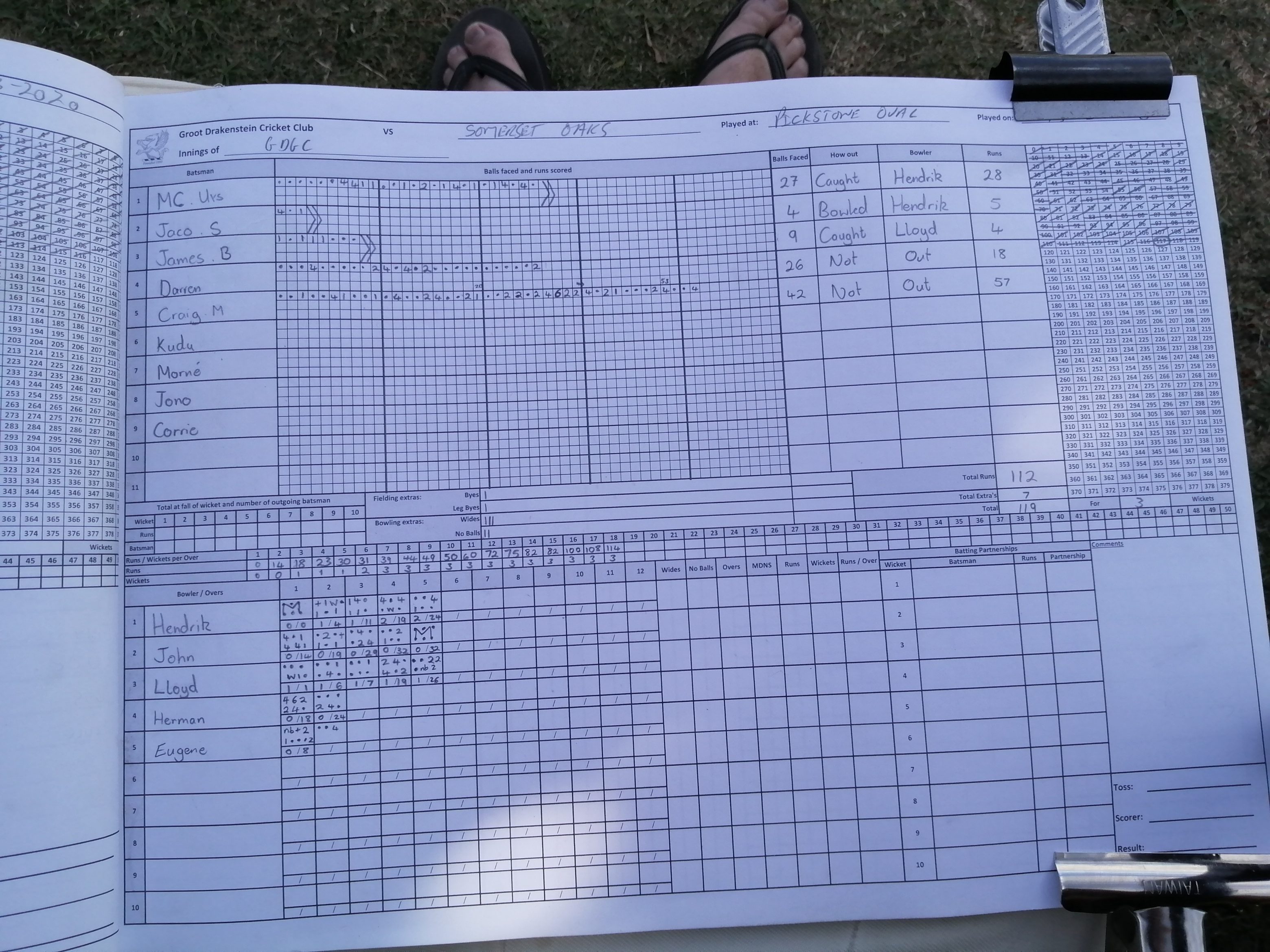