After a near cancellation and a three-player-donation from Groot Drak, Saturday the 26th of January 2019 saw what is always a great fixture, against  Cape Town Cricket Club.

A very solid start from the visitors meant that in the over before drinks, Cape Town lost only their first wicket for 85 runs. After being told that they were largely a ‘bowling unit’, Groot Drak knew this would be a tough game from here.

Opening, Darren Nash hit a dominant 71, with valuable contributions from brothers, Jannie (29) and Andri le Roux (26 not out) further down the order.

Good bowling performances from Corrie Brandt (0/28 from 7), Jannes Mouton (1/28 from 6), Angus Simmers (2/41 from 7) and MC Uys (1/31 from 5), kept Groot Drak in the game, albeit only just. Angus’ figures don’t truly reflect his performance, as he had two successful appeals retracted in two overs!

At the half-way mark, CTCC had posted a very competitive target of 203 for victory in 35 overs at a required run rate of a just under 6 per over.

Groot Drak’s openers, MC Uys (20 off 19) and debutant, Claude Chantler (21 off 31) got the local boys off to a reasonable start. Very few batters were allowed to settle as wickets fell regularly. Wilhelm Esterhuizen played a great knock, scoring 37 from 37, supported ably by Jono Boulton (18 from 16).

At 162 for 8, Groot Drakenstein were looking down and out as they needed around 8.5 per over with only one batsman to come.

Cometh the hour, cometh the men.

Jannes Mouton and Corrie Brandt put on a heroic 9th wicket stand, with Corrie smashing 26* from 11 and Jannes playing a very mature innings, ending with 19* from 19 to see Groot Drak finish in style. Securing a narrow victory, Groot Drak continued their unbeaten streak for the 2018/2019 season!

As is always the case against CTCC, the game was played competitively, but each player maintaining a sense of humour and sportsmanship throughout.

A well deserved swim and fines meeting in the shade, followed by a quick post-match braai brought a fantastic day to a close.

Congratulations to Corrie Brandt for picking up yet another Man-of-the-match award for his outstanding all-round performance. 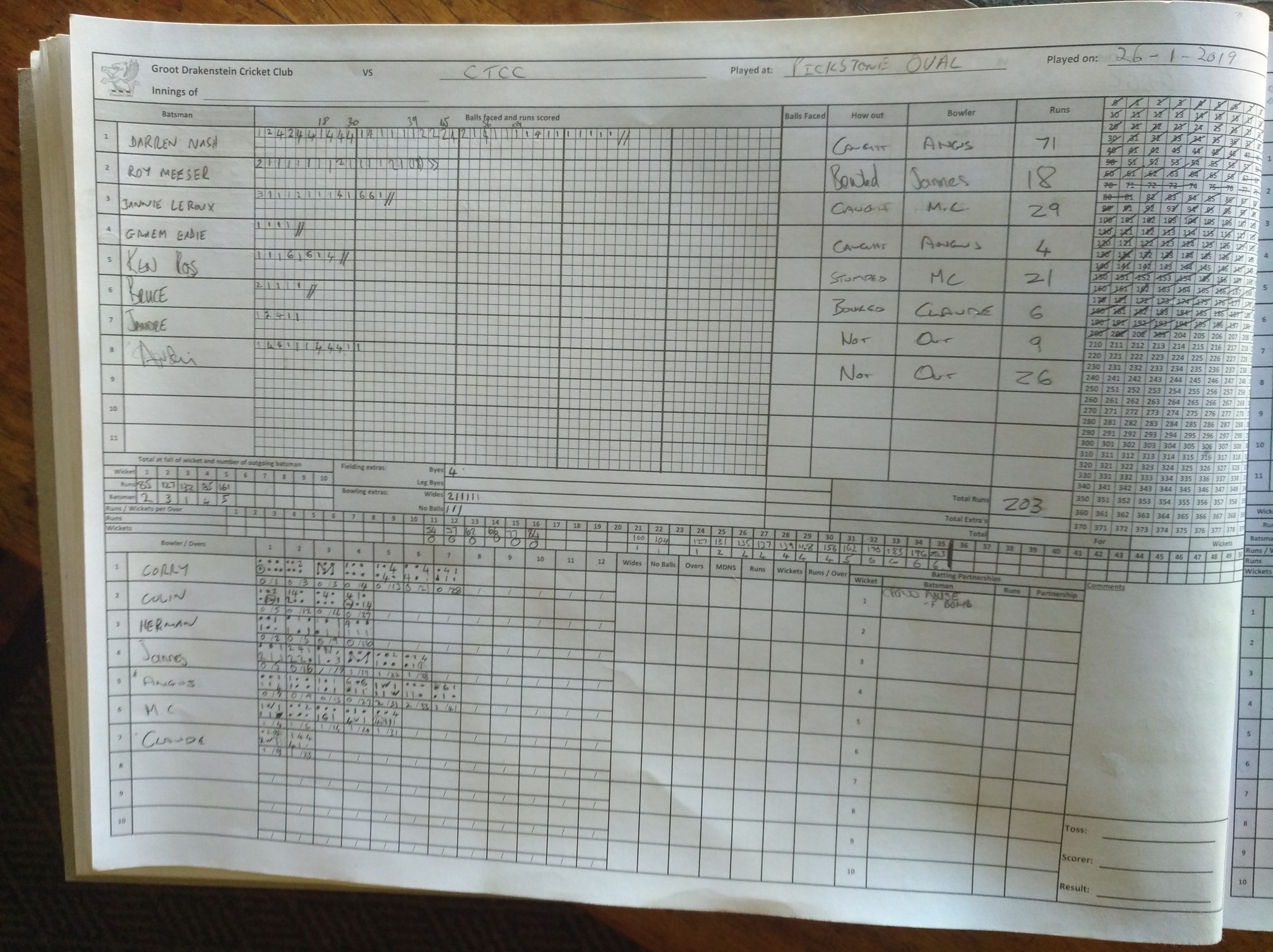 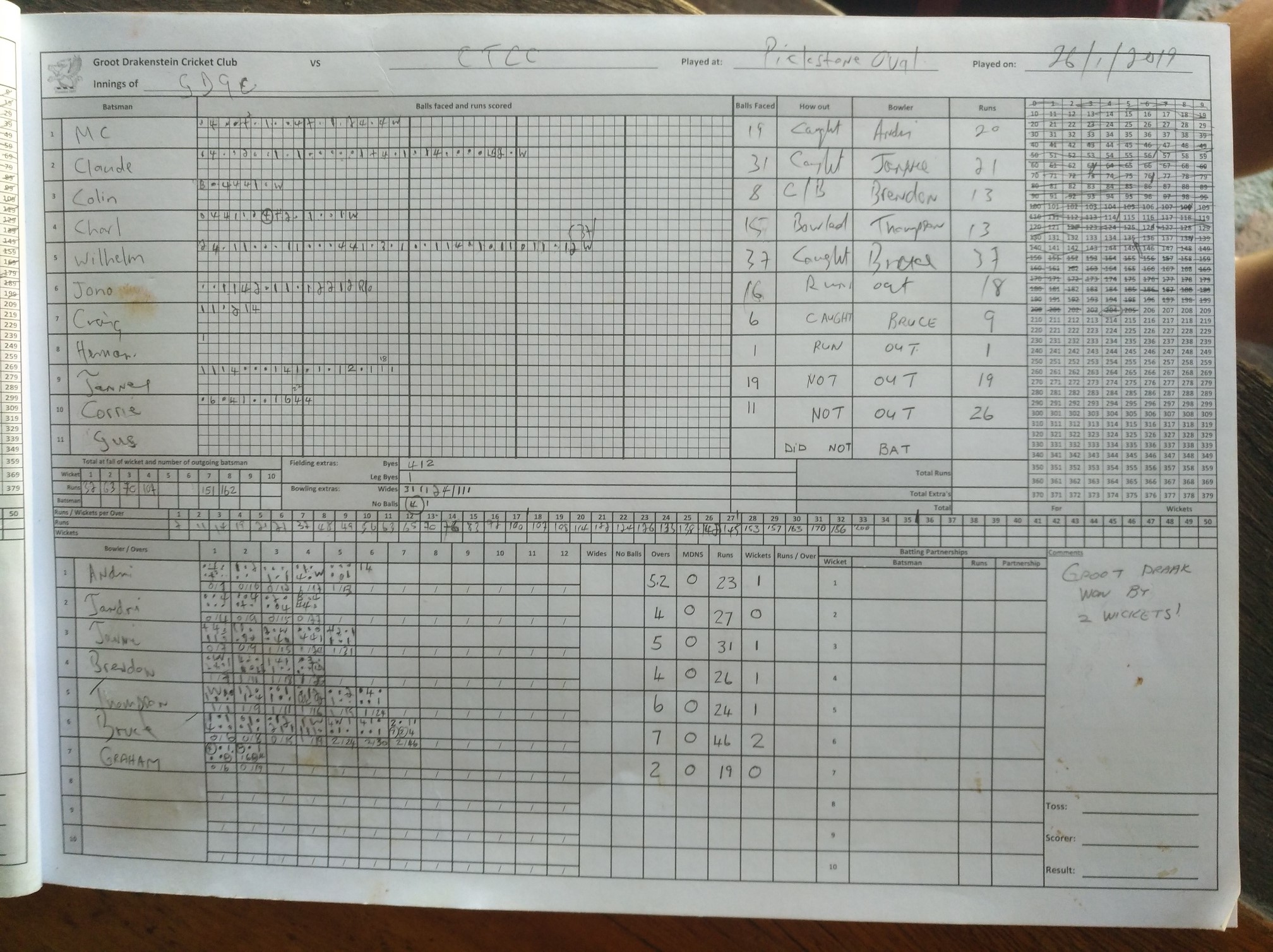