The first touring side of the year traveled all the way from Mumbai, India. MC Lions arrived fully kitted out with branded bags and clothing, looking very much the part as they prepared to take on Groot Drak. Honouring the age-old tradition of allowing the visitors to bat first, the Indians kitted up and strode out to the middle to face the new ball.

Corrie Brand (21/2) and Danie van der Nest (29/1) opened the bowling and did a great job of limiting the runs and pitching in with a few wickets in their 5 over spells.

After a very impressive bowling performance in the previous weekend’s fixture, Adrian Raisbeck (24/0 from 5) was entrusted with the first-change bowling duties along with the off-spin of MC Uys. MC bowled a very impressive spell of 24 for 2 from his 7 overs and was easily Groot Drak’s best bowler for the day.

At drinks, the innings was nicely poised, with the visitors sitting on around 85 runs for the loss of 5 wickets.

The opening bowlers from MC Lions did some major damage upfront, dismissing the top 3 batsmen for only 12 runs. Kudu Kotze (68 from 49) and Jono Boulton (21 from 47) put on a partnership of just under 100 runs to put Groot Drak back on track after drinks. After Kudu was dismissed, another mini-collapse occurred, putting huge pressure on the lower order.

Corrie Brand came in at number 9 and scored a fabulous 41 not out from just 30 balls, taking the game in to the last over – Groot Drak requiring 3 runs to win, with MC Lions needing just one wicket for victory.

One might think that the match was scripted, as MC Lions dismissed Bruce Taylor with Groot Drak falling just one run short of the total. A wonderful end to a fantastic game of cricket.

After honouring the pitch with a few drinks as Richard von Hoesslin presented his history of the club, both teams headed back to the clubhouse for a well-earned fines meeting.

Corrie Brand was named Man of The Match for Groot Drak, while Kudu Kotze proudly wore the lifesaver award. Adrian Raisbeck was fined for his performances with bat and ball, earning himself TFC for the day.

Shayne Ayford, who did not play in the game, took on the braai-duties masterfully and both teams enjoyed a gourmet meal, courtesy of Lejean Pieterse, Sarah Boulton and Kudu Kotze who organised the protein portion of the dinner.

After dinner, the respective captains and chairmen exchanged memorabilia and everyone enjoyed some delicious wine from de Kleine Wyn thanks to Wynand Grobler.

Special thanks to all involved in making the day a massive success and well done to MC Lions on a great victory and a brilliant day of cricket. We wish them all the best of luck for the rest of their tour! 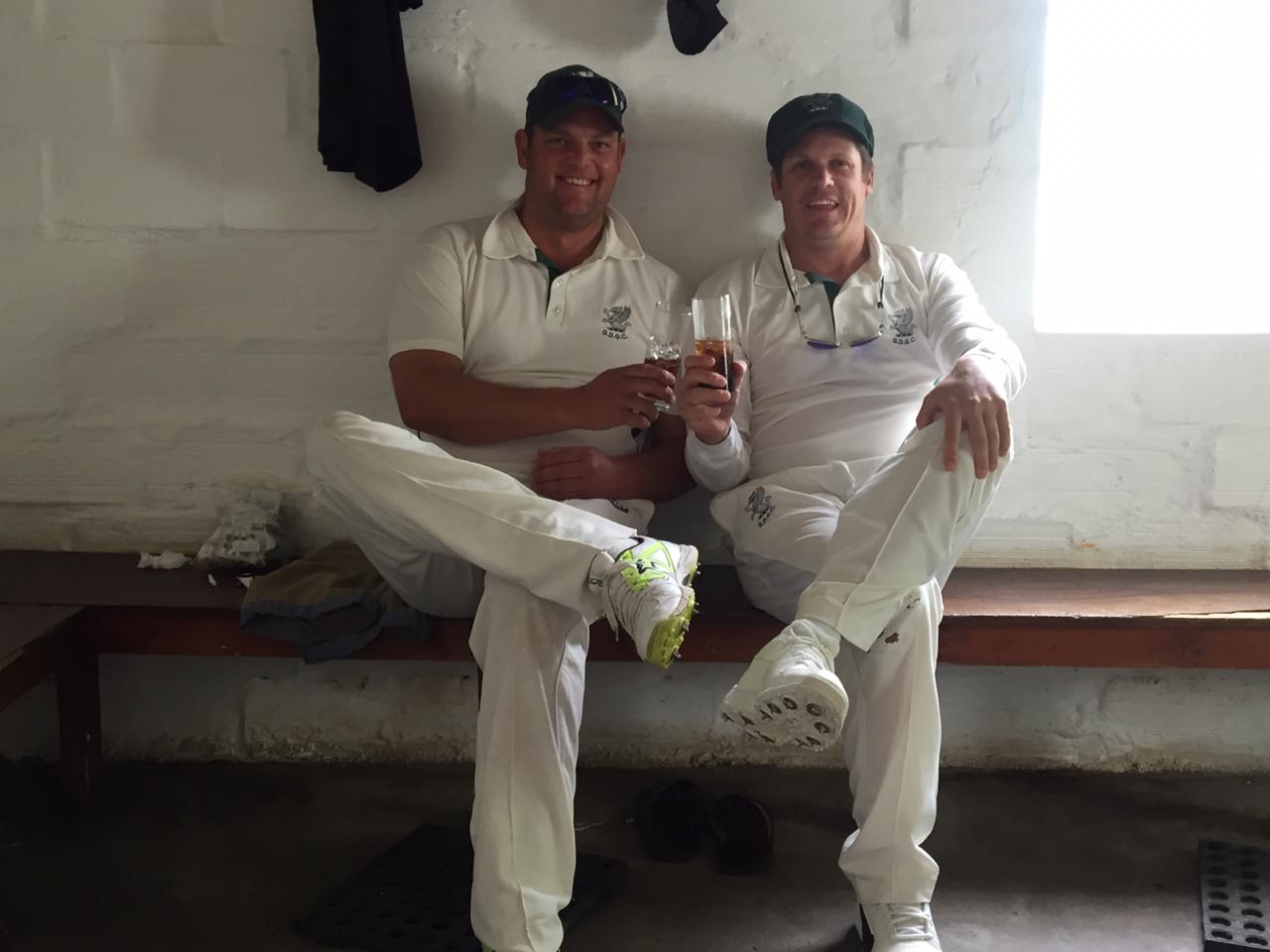 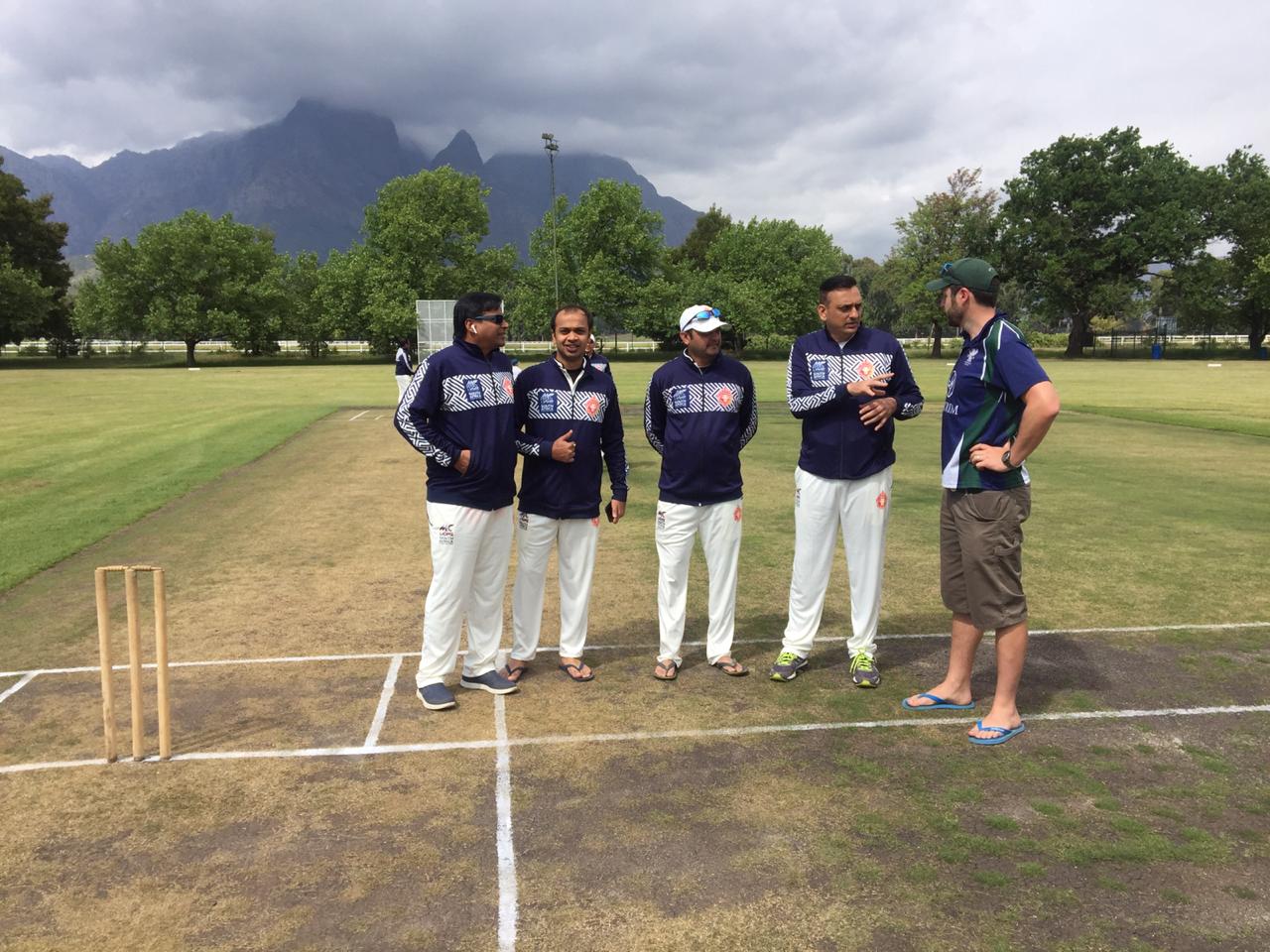 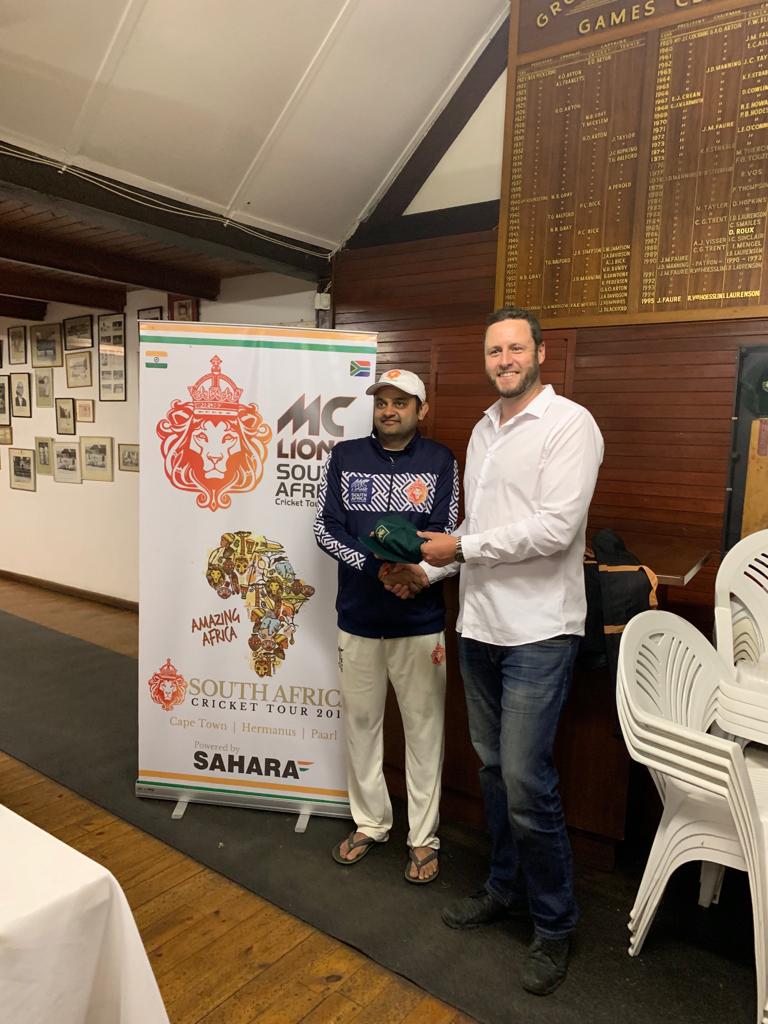 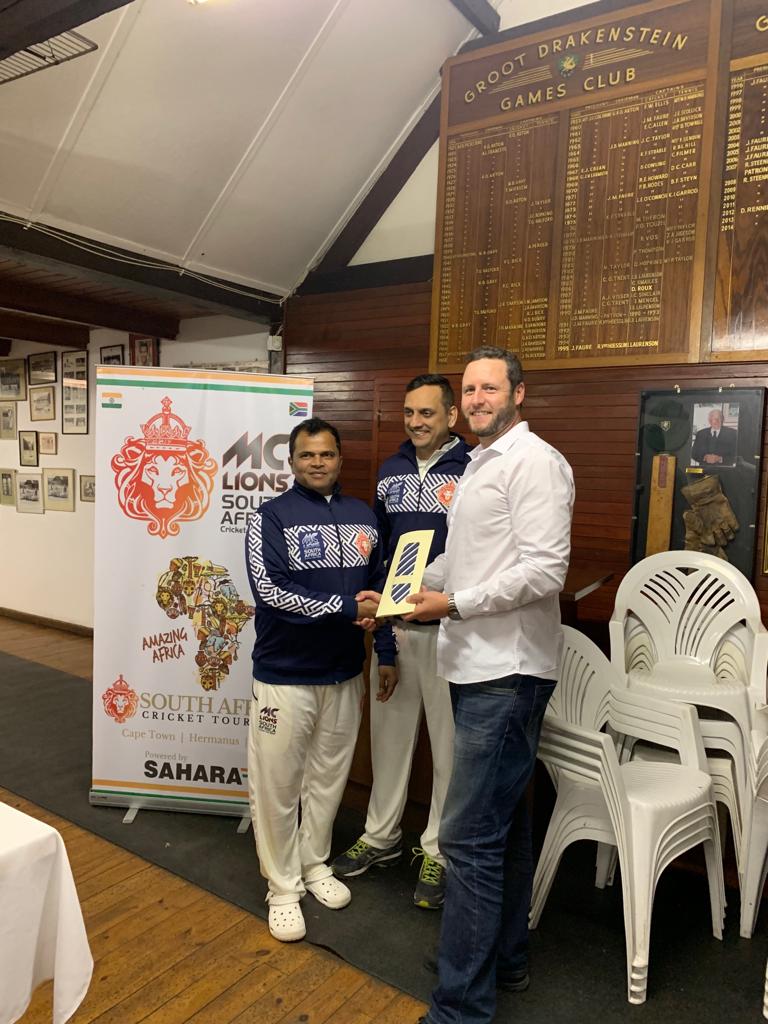 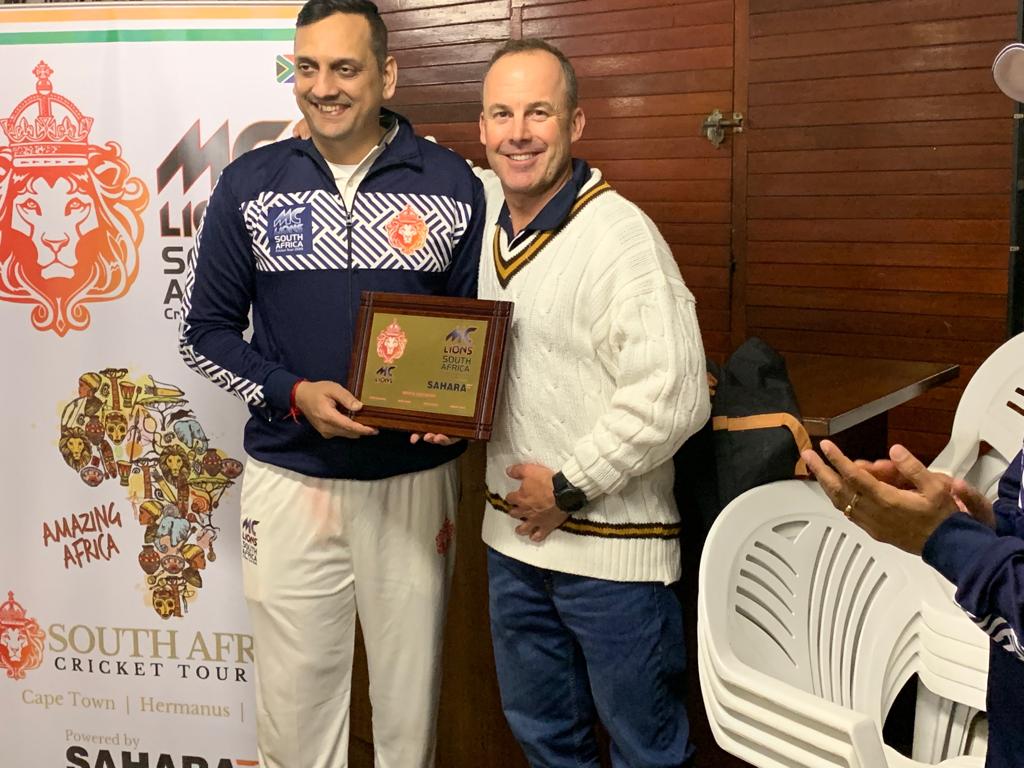 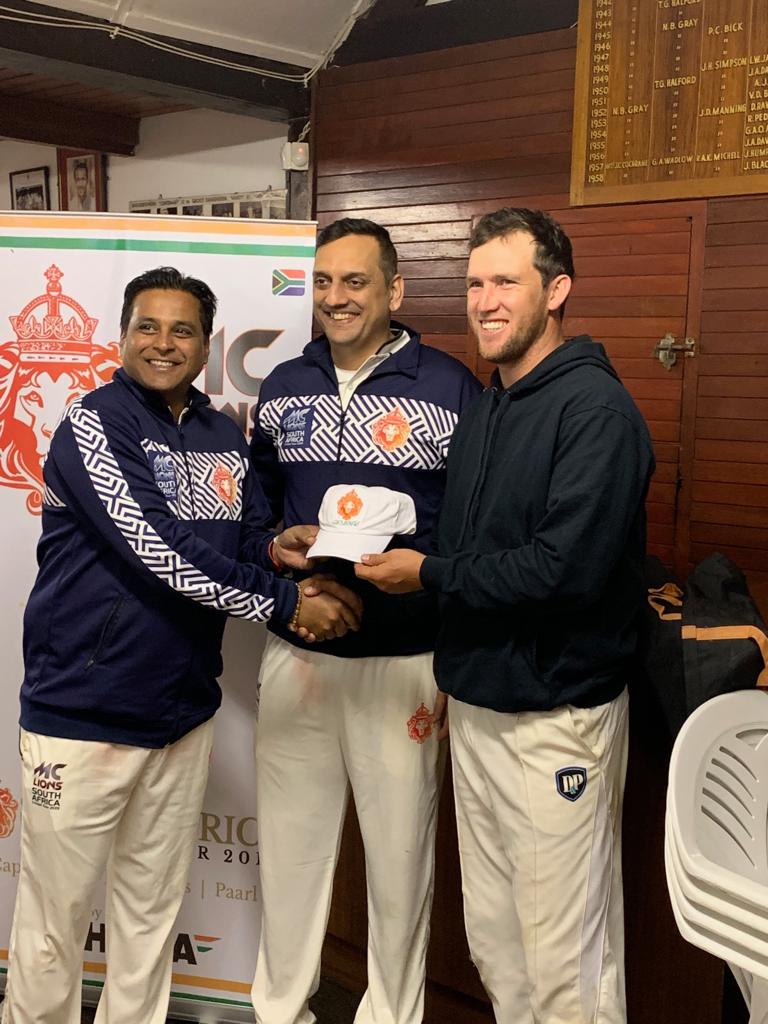 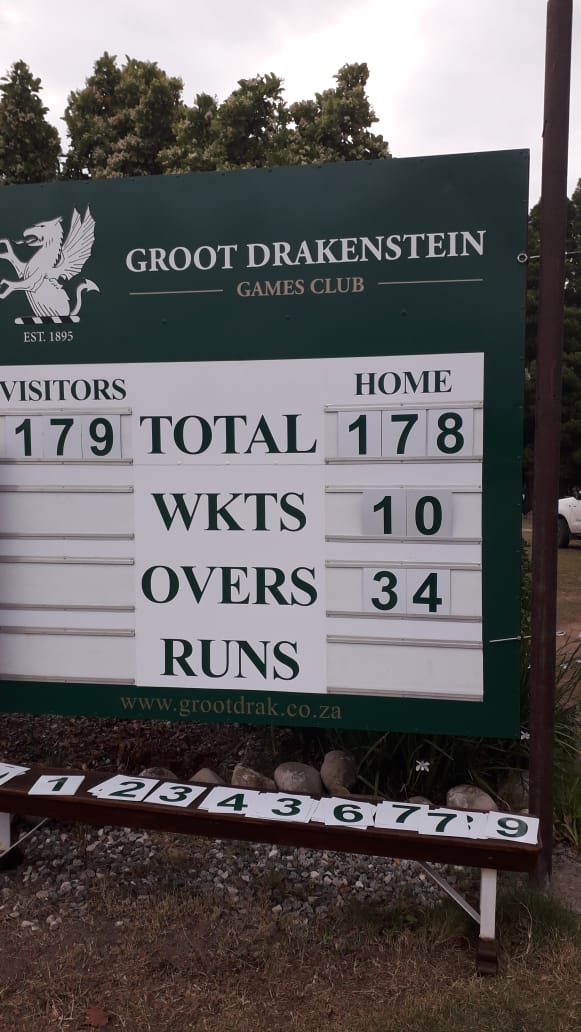 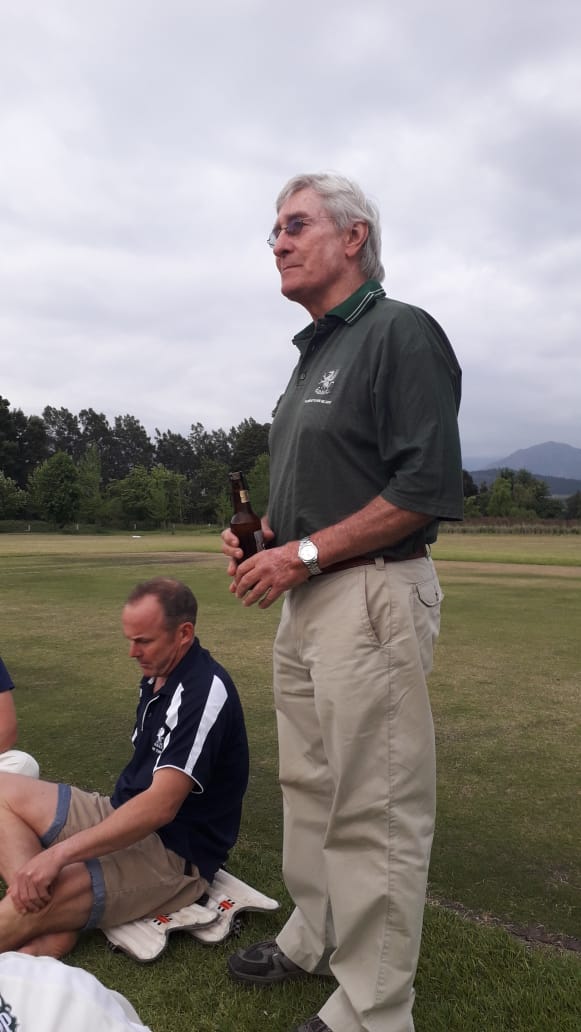 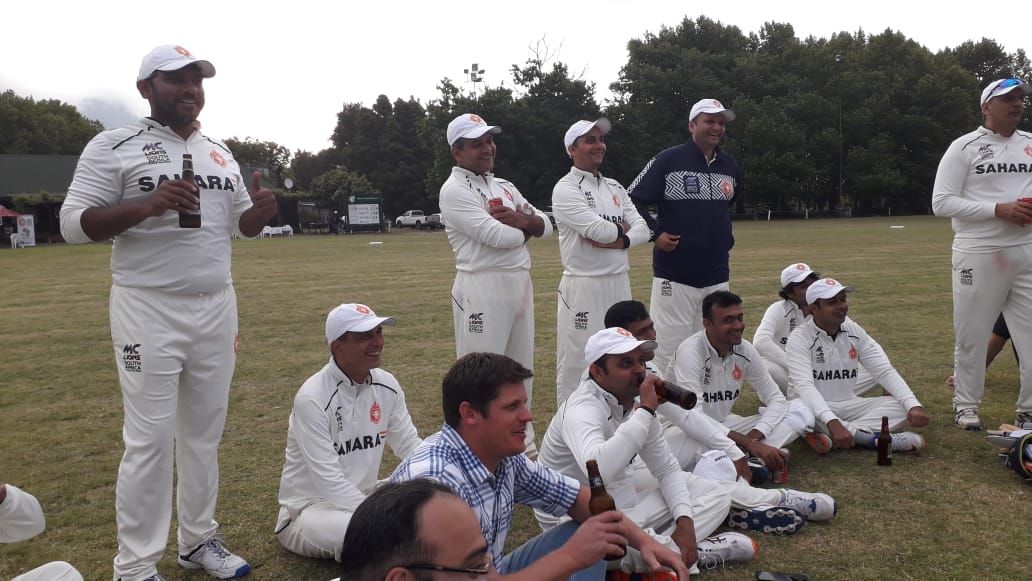 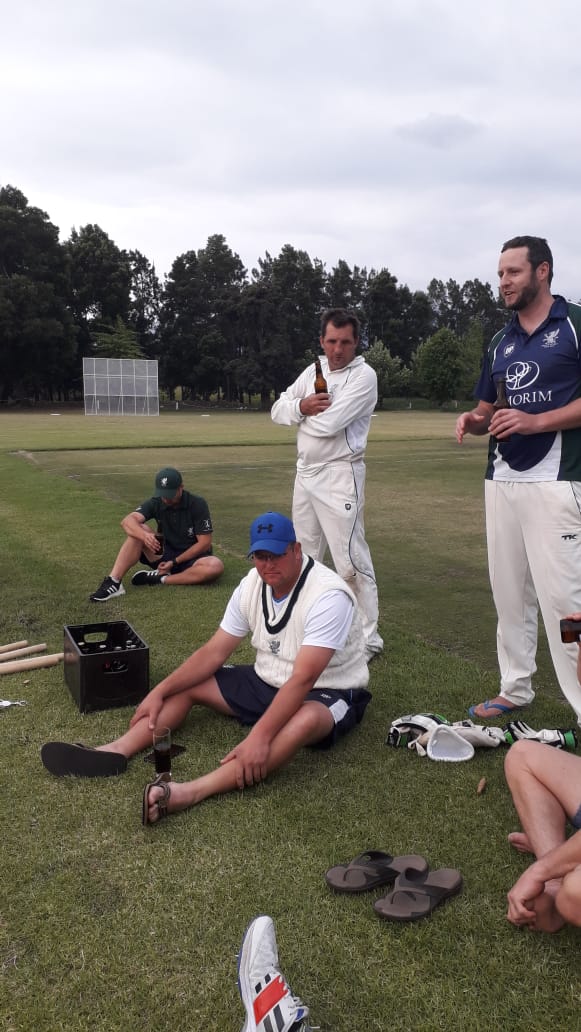 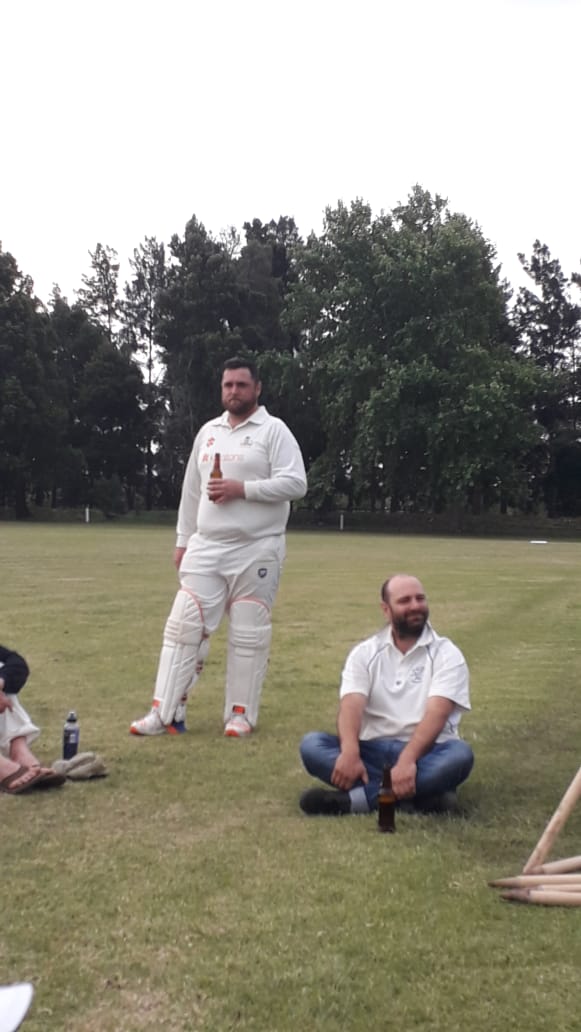 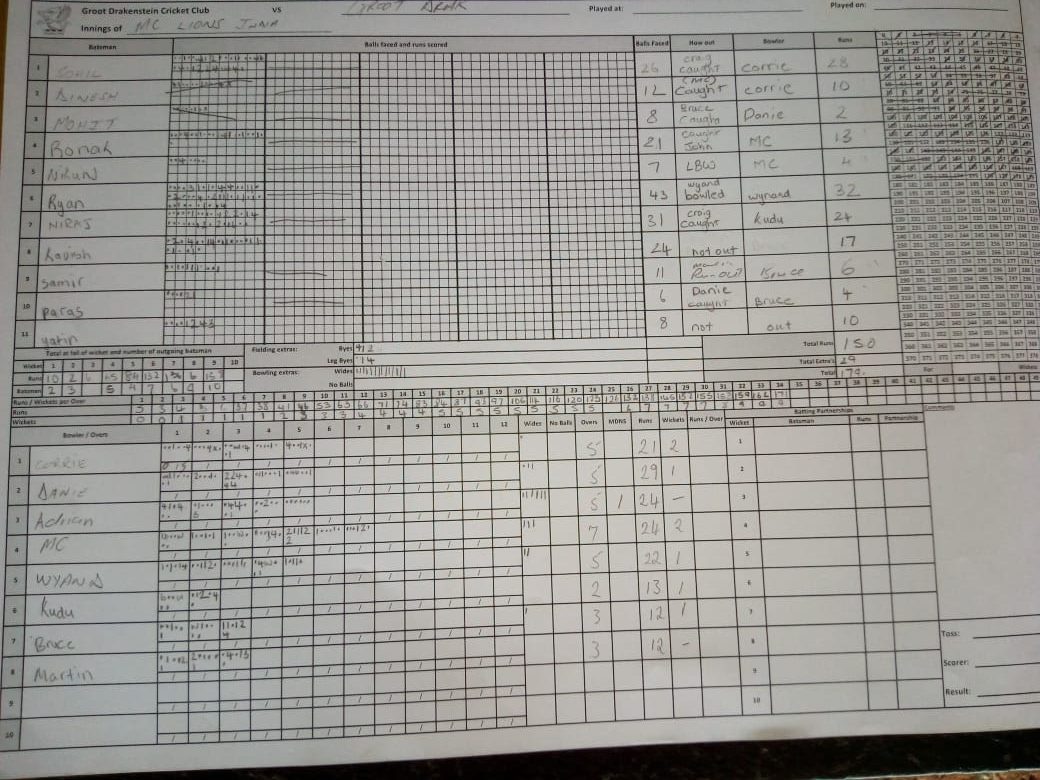 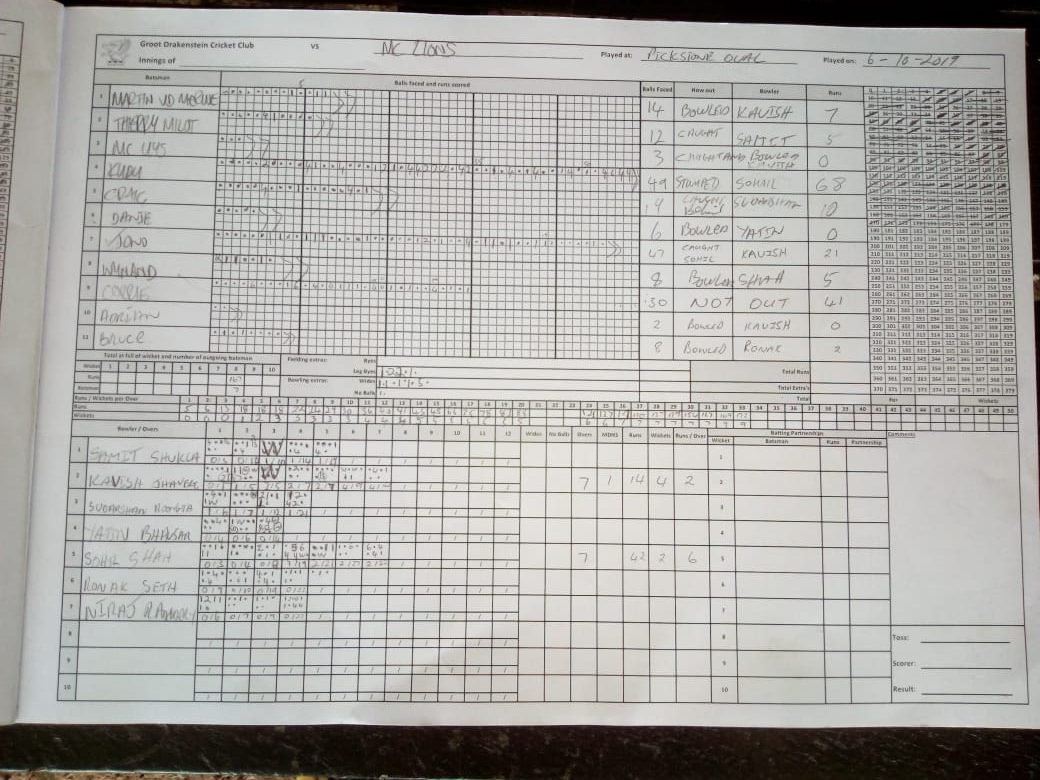