The weather couldn’t have been better on Sunday the 13th of October, when Groot Drak hosted the Black Batts – a fixture that is quickly becoming a favourite among the club.

Honouring the tradition of batting first, the visitors were sent in to face the music on the oldest turf wicket in the country. Liam Carruthers was officially capped for Groot Drak before being entrusted with the new ball along with Andri le Roux.

Both bowlers kept it super tidy and picked up three wickets between them, with Andri ending his spell of 6 overs for only 12 runs and a wicket, while young Liam bowled his 7 overs for 17 runs, nabbing two wickets with some exceptional pace bowling. The openers managed a maiden and a wicket-maiden each in their outings.

Jono Boulton had a blinder behind the stumps, taking 4 sublime catches – one of which was off the brilliant bowling of Danie van der Nest (15/2 from 4) to dismiss the dangerous Steve Palframan.

At drinks, the Black Batts were in serious trouble, having lost 6 wickets for around 60 runs.

In the death overs, Kudu Kotze (18/1 from 4) was the stand-out bowler, while skipper Craig McNaught donated a whopping 24 runs from just 12 balls to tie up the innings, as the Black Batts put on a total of 168 from their 35 overs.

After a quick lunch break, while watching Japan vs Scotland in the bar, the Black Batts were ready to defend their total.

Debutant, Jacques Viljoen and seasoned opening bat, MC Uys were asked to see off the new ball for Groot Drak. Both did a great job, with Jacques (6 from 19) dealing with some impressive swing bowling, while MC accumulated runs quickly at the other end. Conrad Harley was promoted up the order to bat at 3 and put on a stylish 35 from 52 balls before being caught out.

Both teams enjoyed a quick beer on the pitch, while reminiscing about the great day and then headed to the pool to cool off before fines.

Fines were dished out to all and sundry, punishing poor performances and celebrating the day’s heroes. Huge thanks to the Black Batts for their wonderful company and excellent spirit both on and off the field. 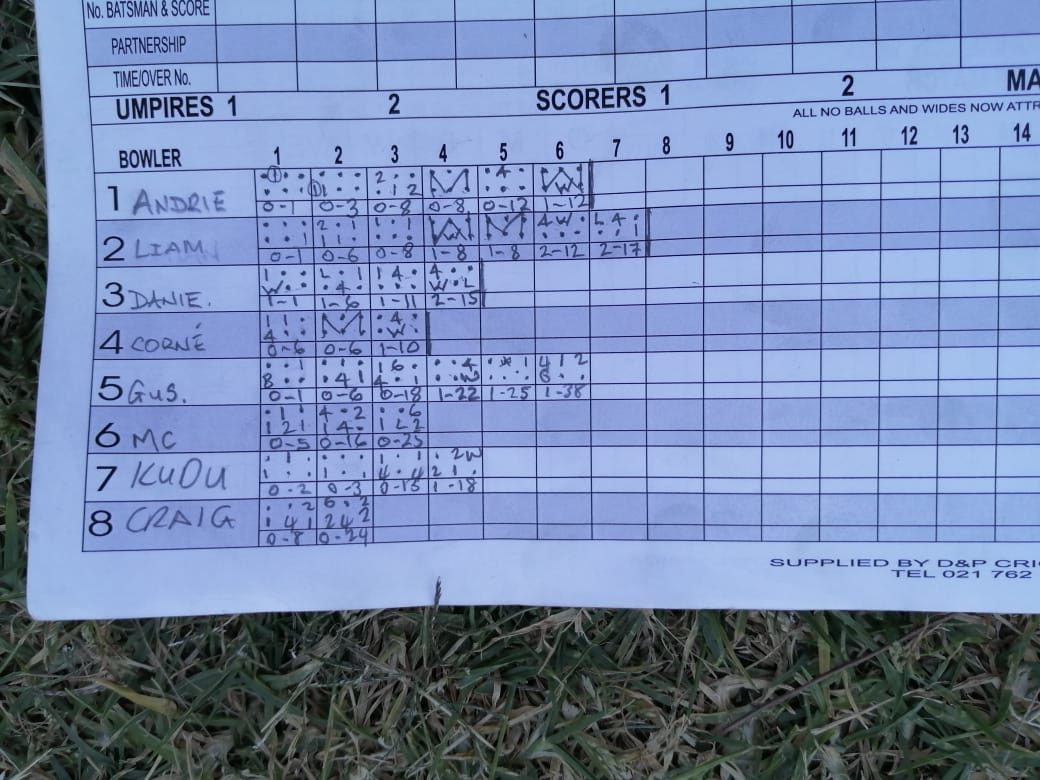 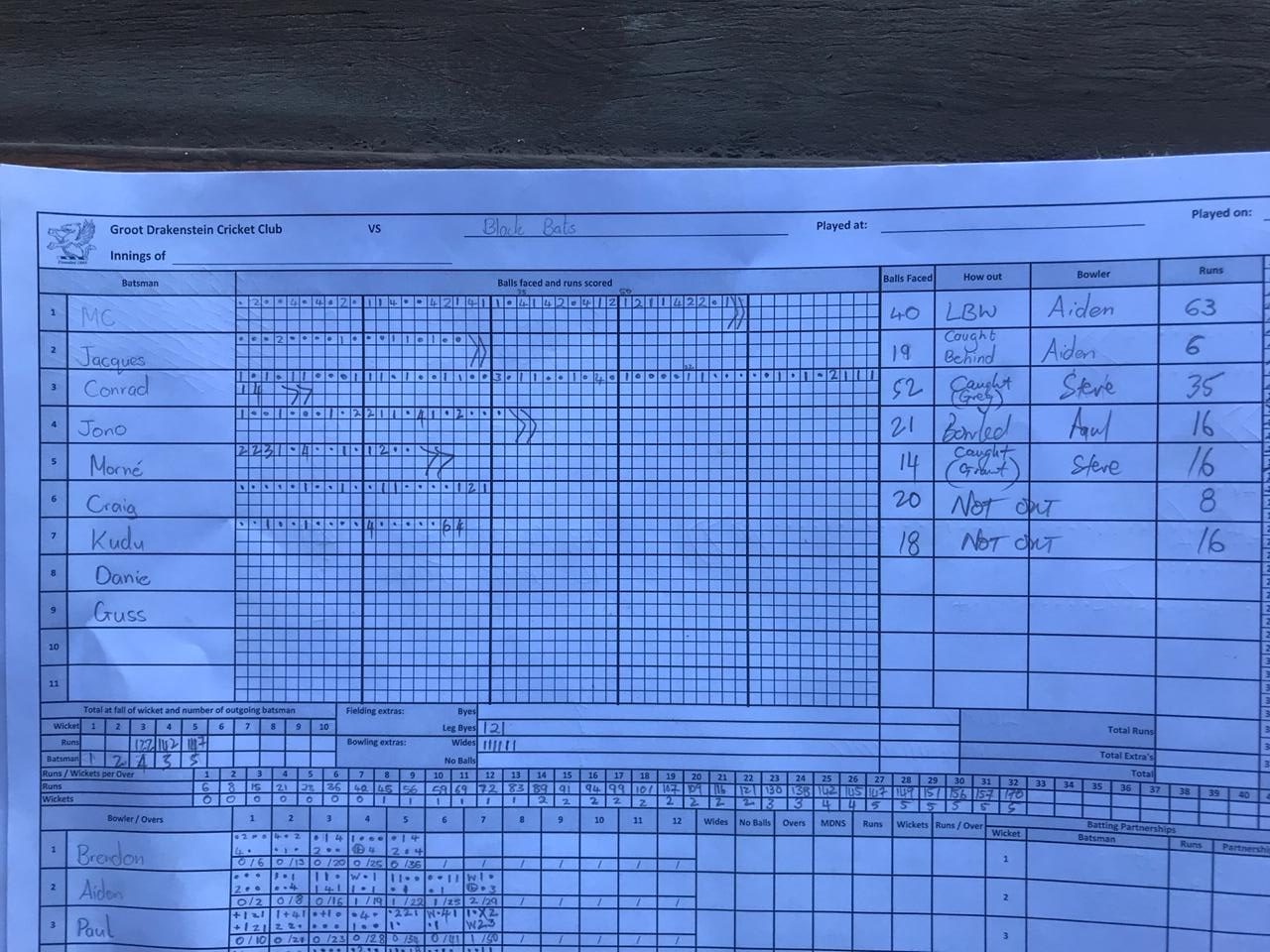