On Sunday, Groot Drak traveled to the Constantia, where we were hosted fantastically by the Gents from Claremont.

Looking to turn around 2 consecutive losses to the Gents in as many years, Groot Drak were hungry to make amends.
With a little moisture around, the natural choice when winning the toss was to bat. With virtually no experience in the coin-toss department, Groot Drak lost the toss and were asked to bowl first.

Corrie Brand (0/39 from 7) opened the bowling and had his usual run of bad luck, having a simple chance dropped at gully off his bowling, while Andri le Roux at the other end did a great job of keeping things tidy while also picking up two wickets – bowling 6 overs for just 15 runs.

Kudu Kotze (1/27 from 5) and Morne Maritz (0/18 from 3) were a touch expensive, but toiled hard on a flat wicket that was perfect for batting – something that the home team capitalized on very well.

Resident spinners, Bruce Taylor and Claude Chantler bowled their 7-over quotas on the trot, with Bruce nabbing 3 scalps (including a great reactionary caught-and-bowled) for 49 and Claude just the one wicket for 43.

The innings drew to a close with Groot Drak requiring 190 for victory from their 35 overs. At half time it looked very doable on a great batting track.

Without their regular opening batsmen, Kudu Kotze and Herman Fourie were tasked with seeing the shine off the new ball. Herman was desperately unlucky, smashing a cover-drive straight to a fielder who took a blinder, bringing Morne Maritz to the crease at number 3.

Morne (20 from 19) and Kudu (41 from 60) batted well, before a middle order collapse exposed the tail far too early in the innings.

Corrie Brand (26 from 27) was aggressive, hitting the only six of the day on a very big field.

Jono Boulton (26 not out from 27) and Claude Chantler (18 from 13) battled valiantly to get Groot Drak close, but at the end of the day the runs were too many and the wickets too frequent, as Groot Drak suffered their third consecutive defeat at the hands of Claremont Gents.

The loss, however, was insignificant as both teams shared a cold beverage and soaked in the beautiful scenery at the Clubhouse, while dishing out a few thoroughly-deserved fines.

Thanks to Richard Gill and Claremont Gents for their superb hospitality, a wonderful day of cricket and lots of good laughs. We look forward to seeing you all again very soon! 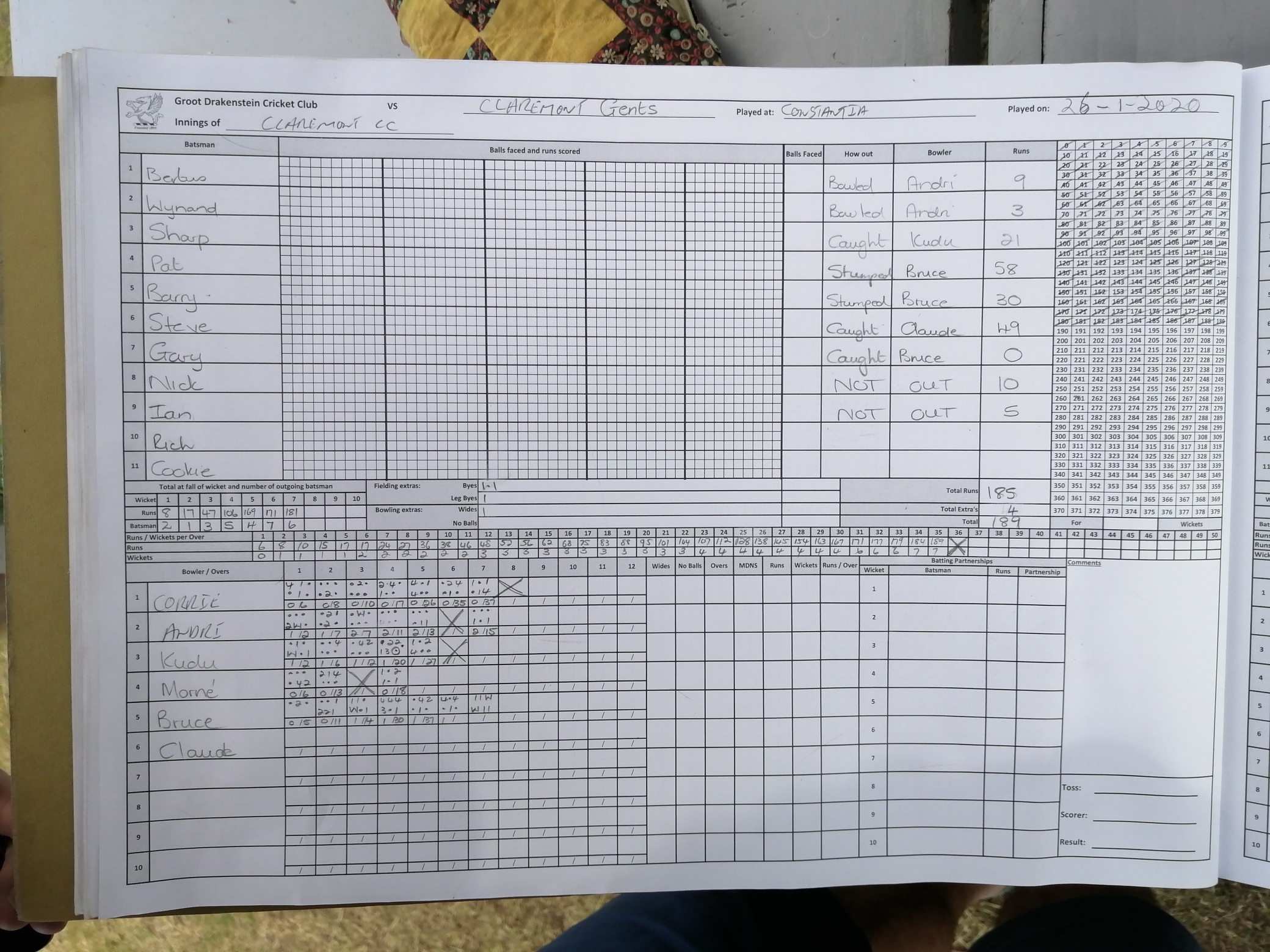 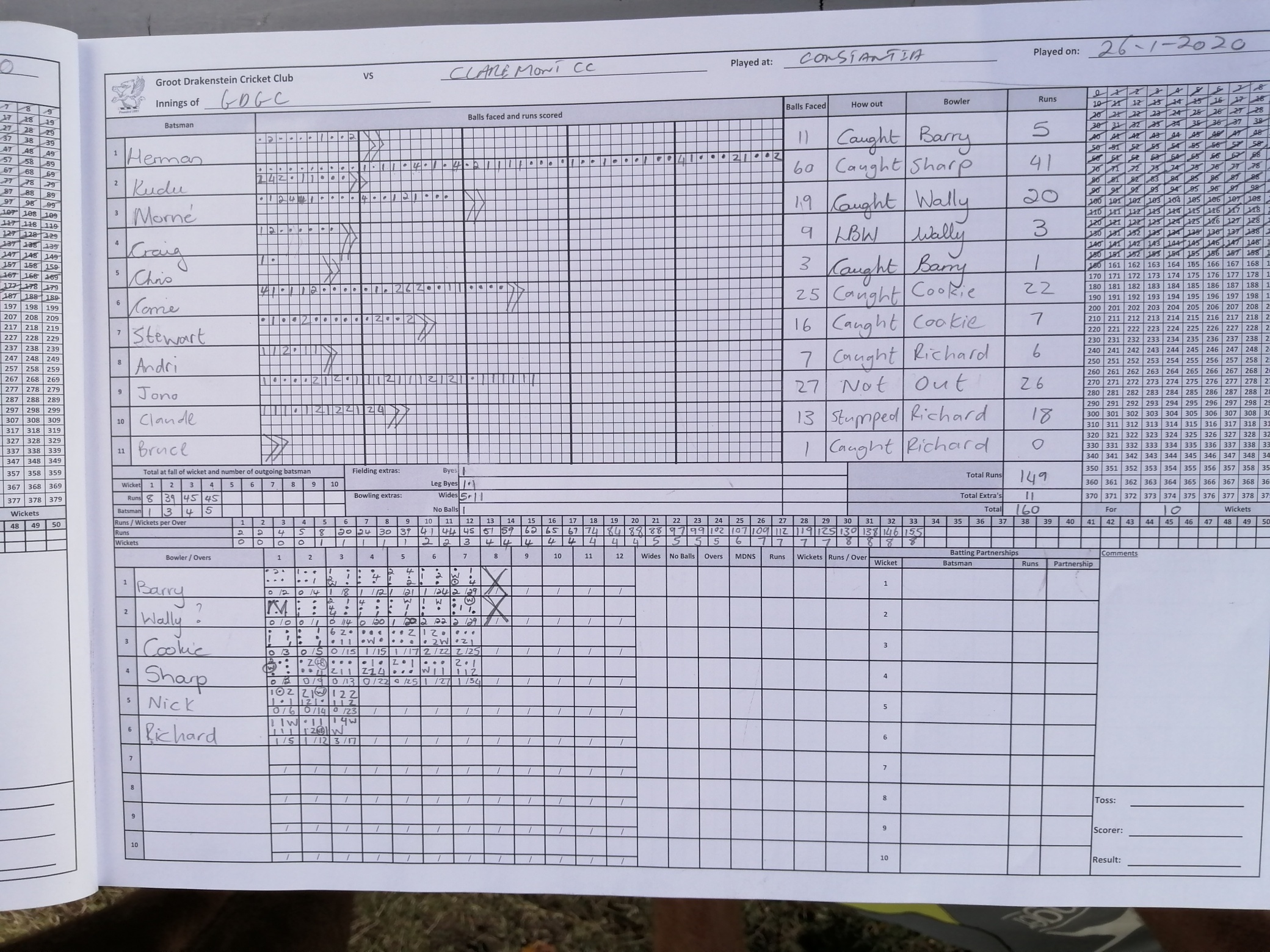