The Groot Drak cricketers don’t play many away games, but when we do, we make it count. On Saturday the 29th of October, we headed 170kms North to the farming town of Citrusdal to take on the local cricket team there, in a bus kindly lent to us by long-standing member, Eddie Cloete. After checking in to our accommodation and smashing a breakfast at Kardoesie (aka Carduccio’s), the boys were ready for action.

Relishing the opportunity to toss for a change, we won the toss and elected to bat first – something that Groot Drak doesn’t get to do often.

MC Uys (33 from 32) and Thiery Milot (10 from 17) opened the batting for Groot Drak and started well, before losing Thiery, followed shortly by Danie van der Nest (0 from 4).

Claude Chantler batted for the majority of the innings and did extremely well to score his first ever fifty (55 from 65) for Groot Drak, while Morne Maritz (15 from 9), Jono Boulton (14 from 47) and Adrian Raisbeck (13 from 9) pitched in with some valuable runs before we were bowled out for 178.

Groot Drak managed 3 ducks in their innings and everyone felt that another 20 or 30 runs would have made for a par score.

A brief break after the innings and the bowlers were ready to make up for some below-par batting performances. Corrie Brand and Danie van der Nest bowled two of the more impressive spells of quick bowling that we’ve seen from them. Corrie bowled 3 maidens and only went for 9 runs in his 7 overs and picked up a wicket, while Danie took two wickets for 10 runs in his 5 overs.

Morne Maritz (13 for 2 from 5) and Adrian Raisbeck (6 for 4 from 4) continued the trend, bowling exceptionally well and taking wickets regularly.

Sean Petzer rolled his arm over with some rare leg-spin that actually turned – nabbing his first wicket for the club and ending up with figures of 11 for 1 from 4. Theiry Milot was not as fortunate, being hit for 38 runs from his two overs.

Claude Chantler bowled just one over, which was a maiden, before the innings was tied up, with Citrusdal managing only 88 runs, seeing Groot Drak log a comfortable victory in the end.

A quick beer and a shower and the boys took their places for what is always an epic fines meeting. Some understood the rules better than others, but a great time was had by all. The festivities went on well in to the night as both teams enjoyed an evening that will not be forgotten quickly.

Man-of-the-match went to Claude Chantler for his great knock. TFC went to Jan Hendrik. The Pacman award was awarded to Sean Petzer for his 1 run from 12 deliveries and Adrian Raisbeck claimed the lifesaver for his fantastic display of swing bowling.

Thanks to John Sinclair and Citrusdal CC for being amazing hosts as always – we look forward to returning the favour next season. 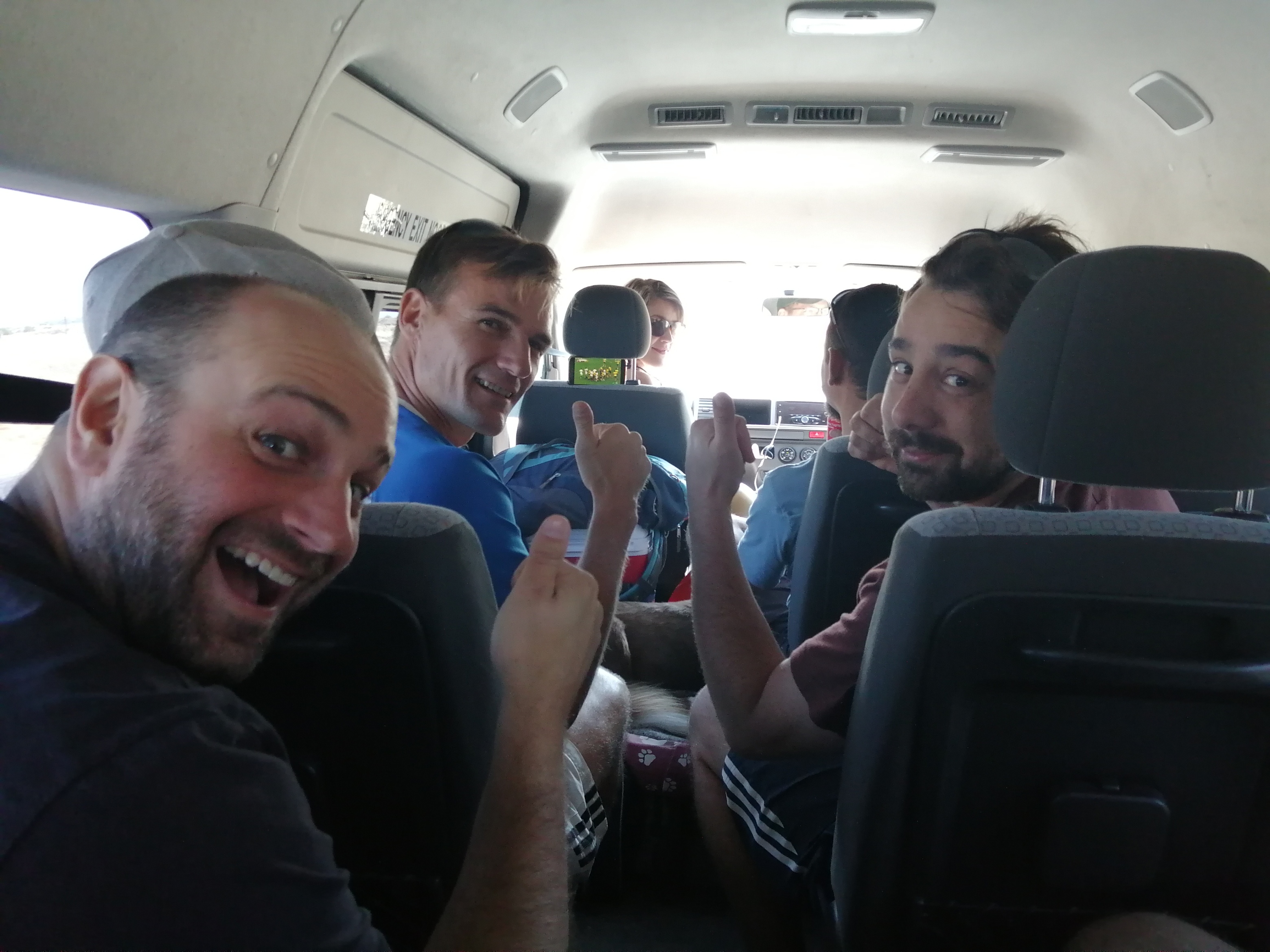 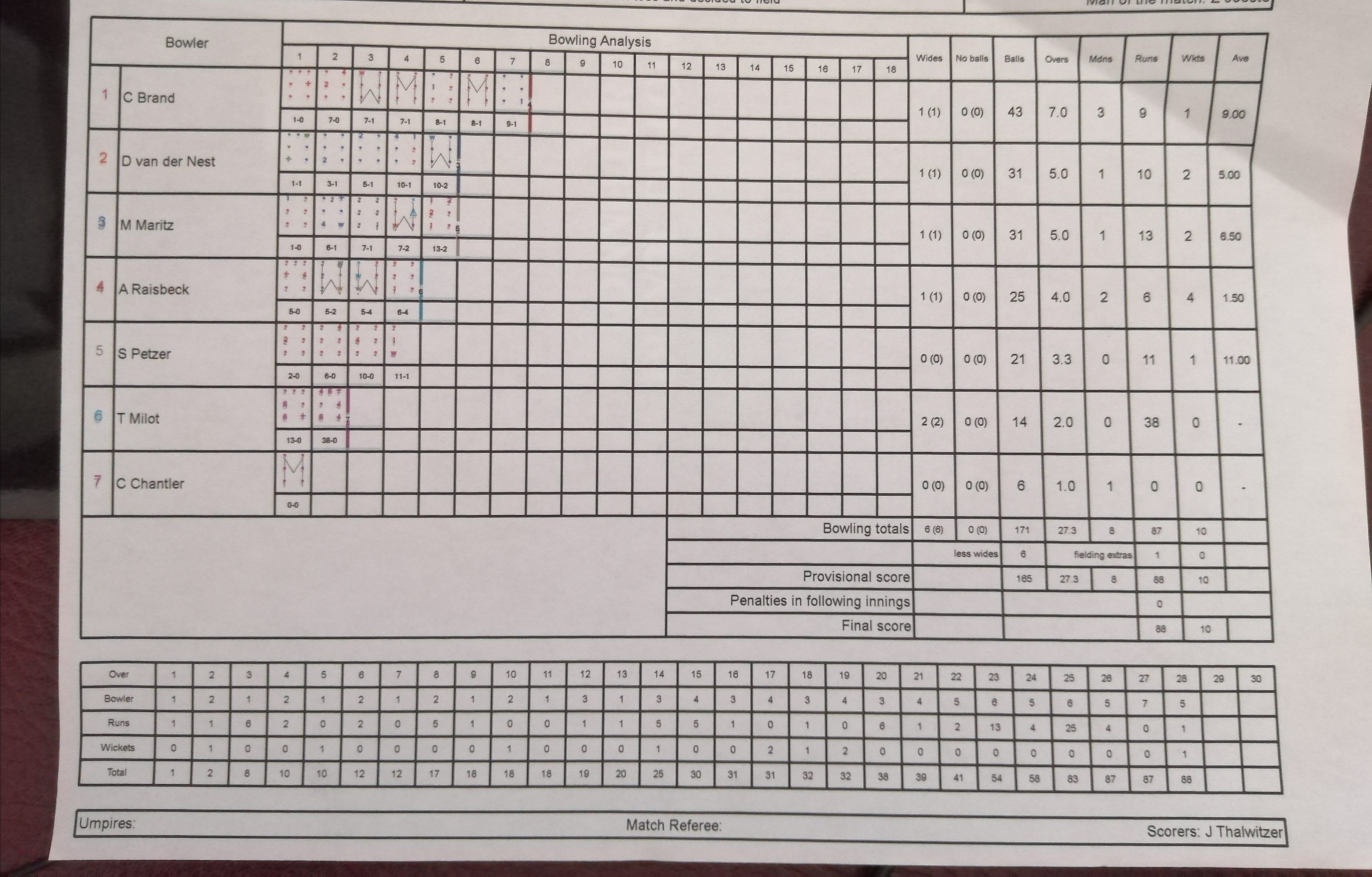 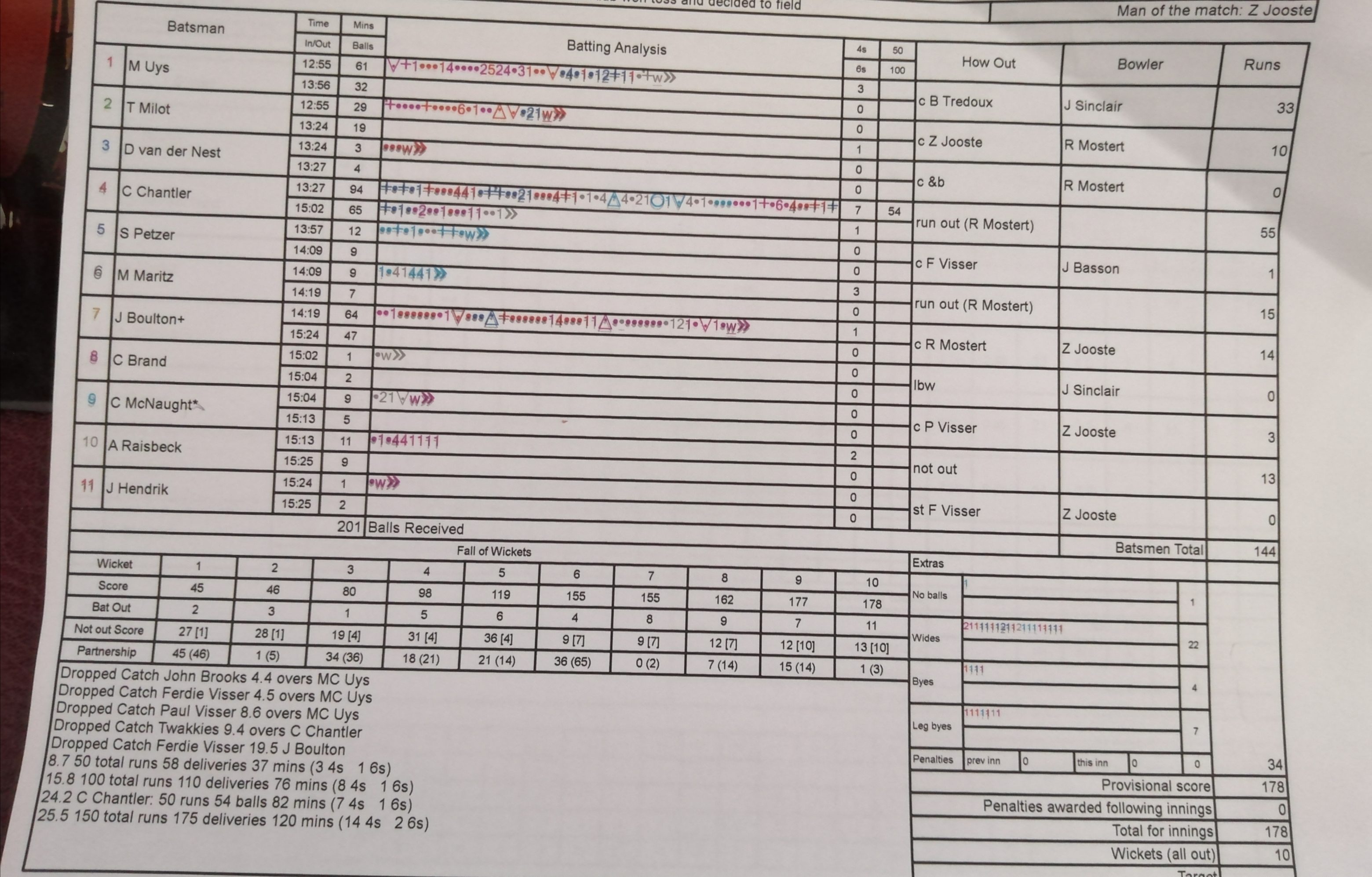