Having called off the previous weekend’s fixture due to foul weather, Groot Drak were chuffed to see clear skies on the morning of Sunday 03 November. After watching the Springboks’ famous World Cup victory over England in the final the day before, both teams were in high spirits and looking forward to a great day on the field.

Gardens Old Boys were sent in to bat and did well to survive the initial few overs with Liam Carruthers and Joubert Kotze bowling extremely well. Joubert (14/0 from 6) bowled better than his figures suggest and he deserved a couple of wickets. Liam picked up both opening batsmen in his 6 overs and went for just 15 runs.

The birthday Bruce was brought on first change to introduce some spin in to the game. While a touch expensive, Bruce Taylor took four important wickets, including a sensational caught-and-bowled, going through his seven overs for 30 runs.

Kudu Kotze bowled some very tidy leg spin for a change, also hanging on to a great caught-and-bowled for 18 runs in his 6 over spell.

Rob Frater was introduced in to the attack for just half an over before taking the final two wickets to see the innings closed out for 77 runs.

A short lunch break while re-watching the highlights of the rugby and Groot Drak openers, MC Uys and Gary Seaman, started the run chase.

MC (8 from 11) was dismissed early, while Gary (30 from 19) batted with uncharacteristic urgency to put the home side securely in the driving seat.

Thiery Milot, in his final game for the club, played a great knock, posting his top score of 24 from 25 deliveries.

The sports Gods were smiling on the birthday boy, as Bruce and his new bat put on 12 unbeaten runs from 14 balls.

Robbie Frater struggled for form, having been out of the fray for some time, managing a hard-fought single from 9, while Conrad Harley set up a hat-trick chance for the opposition by earning a golden duck. Skipper, Craig McNaught (1 not out from 3), did his best to oblige the visitors by edging his first ball straight to slip, but the chance went begging!

A few balls later and Bruce punched a ball to the boundary securing a comfortable win for Groot Drak after just 14 overs.

A quick drink to honour the pitch and the youngsters set up for fines. Some rather average performances were noted, while the exceptional performances were celebrated and a rather lengthy fines meeting was finally brought to a close.

Man of the Match went to Bruce Taylor for his heroics with both bat and ball, while TFC went to Conrad Harley.

While not the closest game ever played at the club, both teams thoroughly enjoyed each others’ company and we look forward to seeing the Gardens Old Boys very soon! 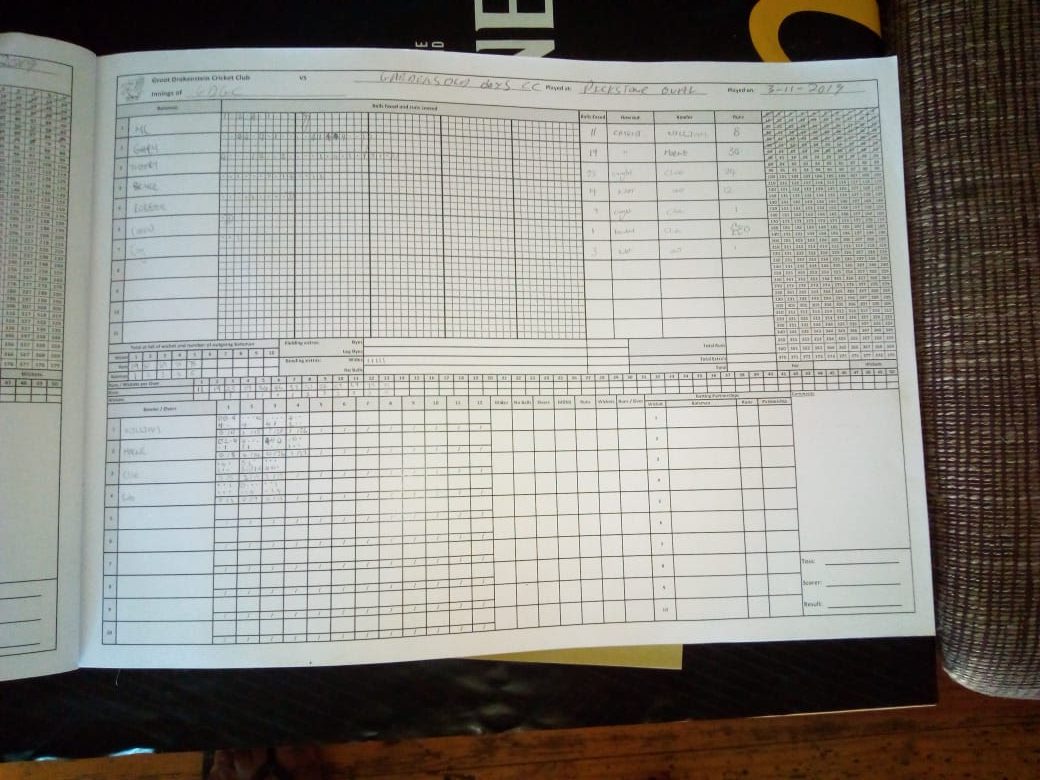 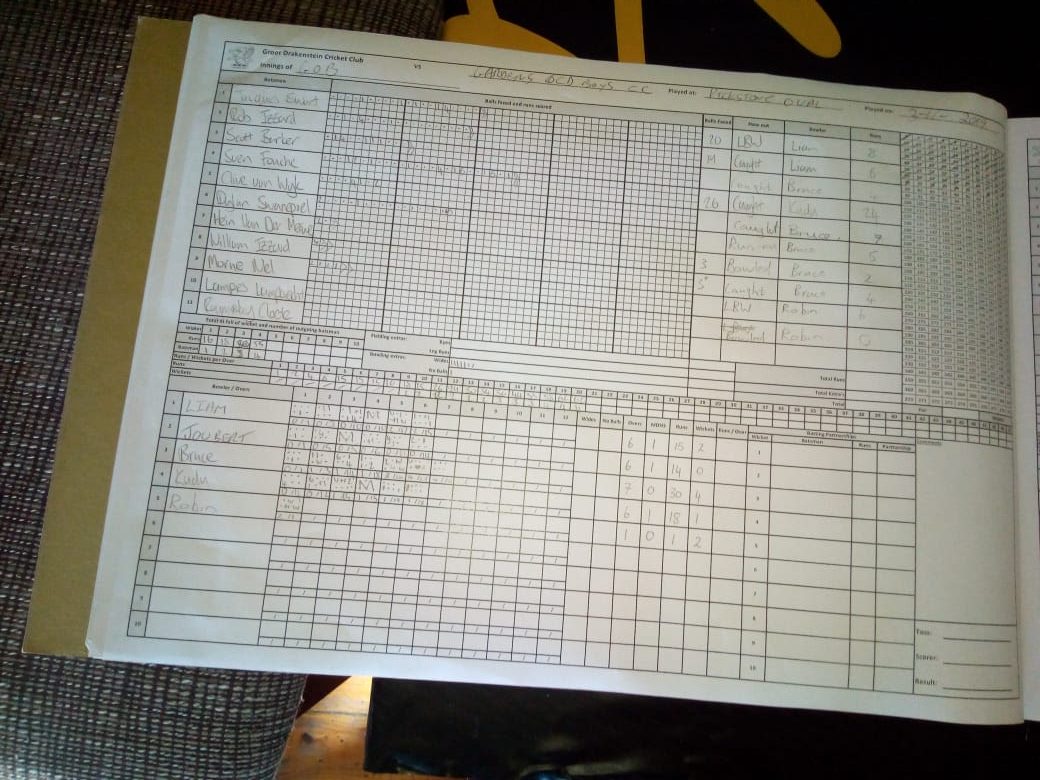