On Saturday the 29th of January 2022, the Scorpions made the groot trek from Stellenbosch to the Pickstone Oval to come and get their revenge for losing against the Drakies on their homefield earlier in the season.

For many it was the first time that Vitalis has prepared the oldest strip and what a pitch it was! Due to various excuses, like fishing trips and family commitments, coupled with some injuries and the dreaded Corona virus the Drakies had to field 5 debutants. Even having to go so far as to import Neil and Matt White all the way from the lowveld. Stand-in skipper, Claude Chantler, won the toss and decided to put the Scorpions in to bat.

Tim Whitfield (66 from 61 balls) batted like the champion batsman he is and combined well with Quintin van der Westhuizen (48 from 37) who was stunningly caught by a running Nico Ras in the deep to bring the partnership to an end. Joubert van Zyl, also on debut and with a hand he injured while fielding, tried his best but was bowled for 1 run off 6 balls.

Morne Maritz (62 from 44 balls) made his way to the wicket. Batting brilliantly, Morne scored his maiden fifty for Groot Drak and savoured his well deserved drink from the cup during the fines meeting. Morne Landman (7 runs of 17 balls), Stephan Krige (5 off 12 balls), Hugo Brink (8 runs of 8 balls), Johann Agenbag quacked on his 2nd ball, Matt Whyte (2 runs from 6 balls) and Neil Whyte 0* from 0, tried valiantly to keep the Drakies in the game, but unfortunately 232 was just not enough.

With 502 runs scored on the day it was time for a well deserved dip in the pool before the usual fines meeting.
Congratulations to the Scorpions on their win and we are looking forward to the next game! 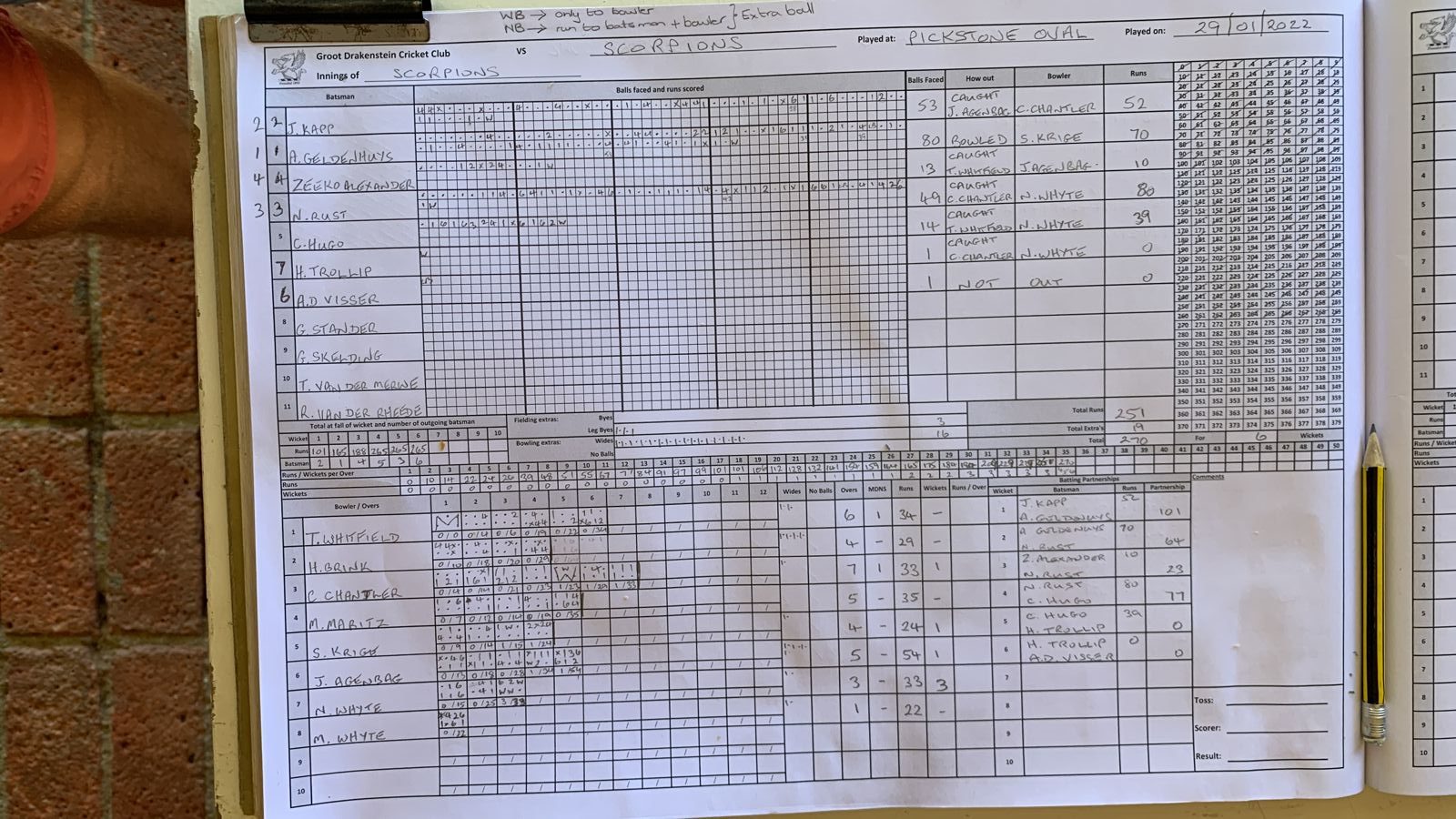 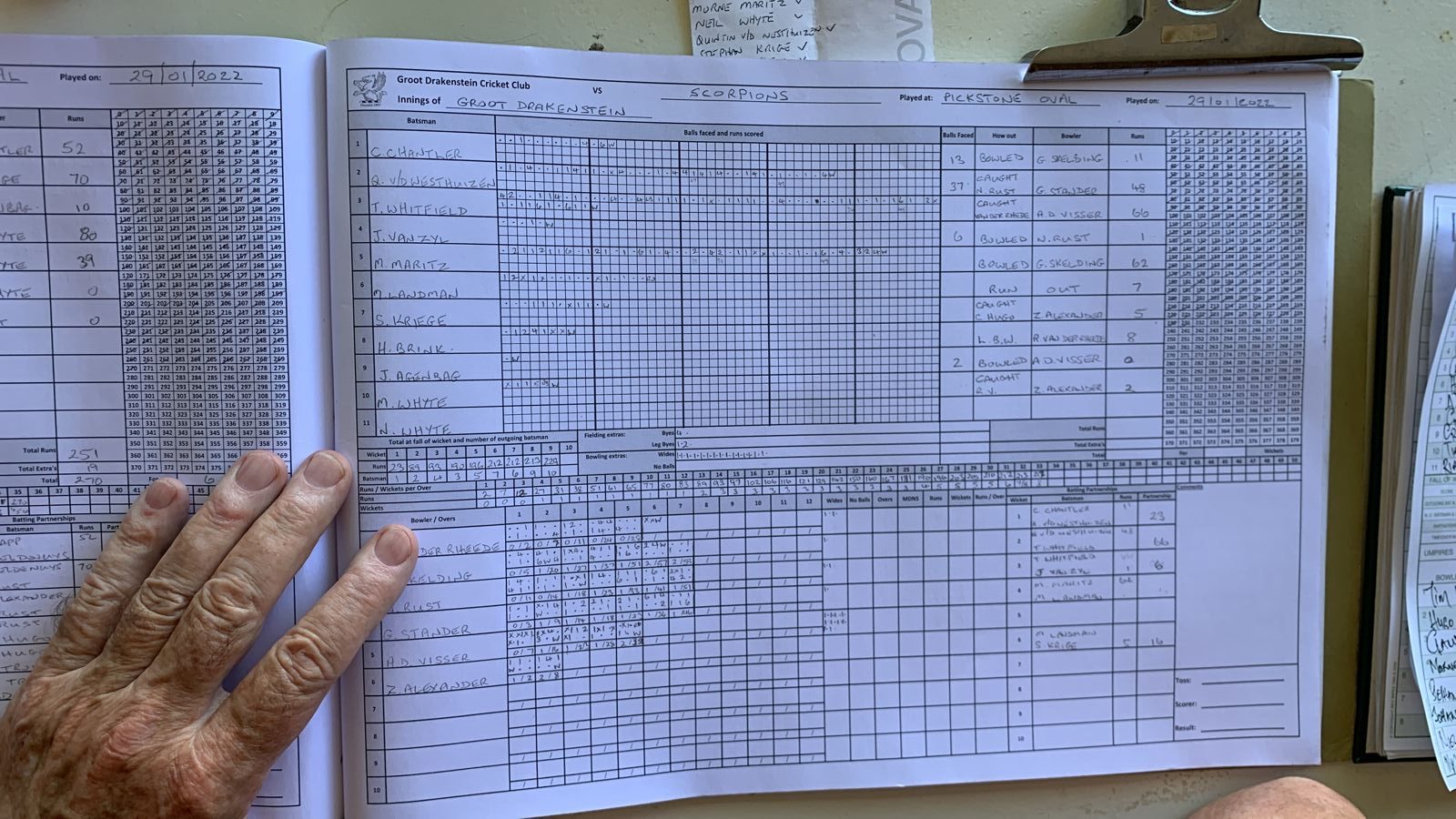