It’s always special to get a visit from the Elgin lads, especially on a Saturday with glorious weather.

The toss went the way of Groot Drak and after much deliberation, it was decided that Elgin should bowl first on a stunning wicket.

MC Uys was castled without scoring in the first over, which meant that Rikus Walters joined Quintin van der Westhuizen earlier than he would have liked.

Both batters started slowly due to some terrific bowling from Elgin’s Jaco and Oliver. Quintin put on a stylish 40 from 43, while Rikus was finally dismissed for a slow but steady 35 from 56 deliveries.

In at number 4, Alan Sherratt got going quickly to up the run rate and was joined by Tim Whitfield who did the same. Alan and Tim helped themselves to 48 runs each before they were bowled just 2 short of their half centuries – they had done their jobs and gave Drak a chance of putting up a decent total.

Claude Chantler (19 from 9) wasted little time, carting 3 glorious boundaries to the fence with just two overs left in the innings. Danie van der Nest (3 from 7), Morne Maritz (2 from 3) and Craig McNaught (2* from 2) dealt with the last few deliveries to see Groot Drak post 235/8 from their 35 overs.

With the clouds starting to cover the sky, the conditions shifted suddenly in favour of Groot Drak as they took to the field.

Craig McNaught (0/15 from 3) opened the bowling with Danie van der Nest who were able to contain things fairly well at the start. Danie found some serious rhythm in his third over and produced 2 consecutive wicket maidens, with his last over the only blemish, taking 2 for 18 from 5 overs.

Alan Sherrat (4/32 from 7) was tossed the ball in desperation after the break and bowled a superb spell of leg-spin that produced 4 wickets and a hat-trick opportunity. Morne Maritz (3/18 from 6) joined in and made his presence felt as he pocketed 3 wickets, all clean bowled, bringing up the old adage of ‘you miss, I hit’. Aside from his 3 wickets, Morne went for only 3 runs per over! An almighty collapse meant that Claude Chantler (1/1 from 1) was afforded just the solitary over, which produced a wicket, before Elgin were bowled out for 148 in 29 overs.

The scorecard unfortunately doesn’t tell the full tale, as a handful of good deliveries changed the course of the game very quickly! In any event, both teams enjoyed the refreshments on offer after the match, as well as each other’s company in fines, before our visitors headed back over the mountain.

Thanks to Kevin and the Elgin team for a wonderful day and a game that is always played in terrific spirit! 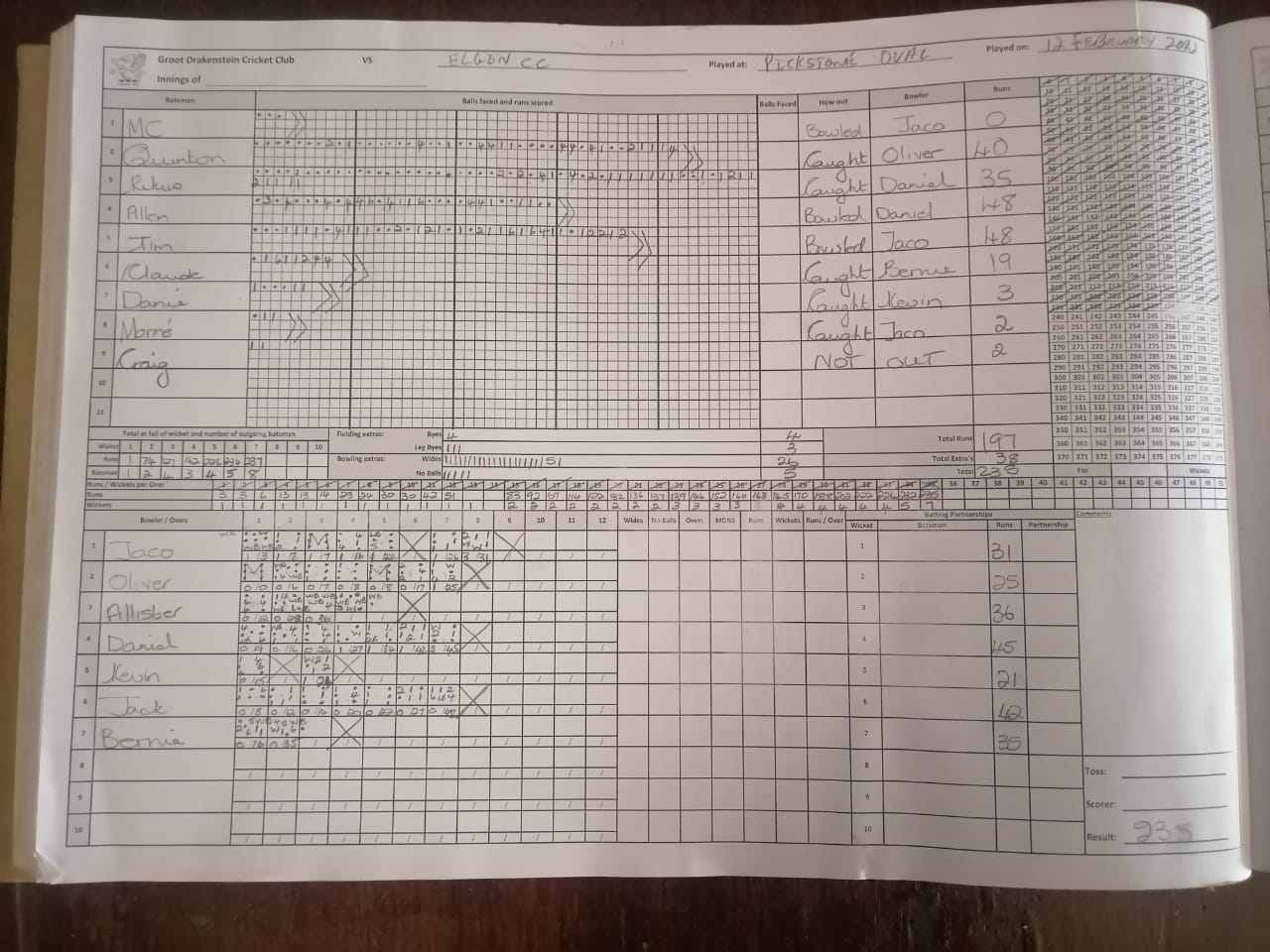 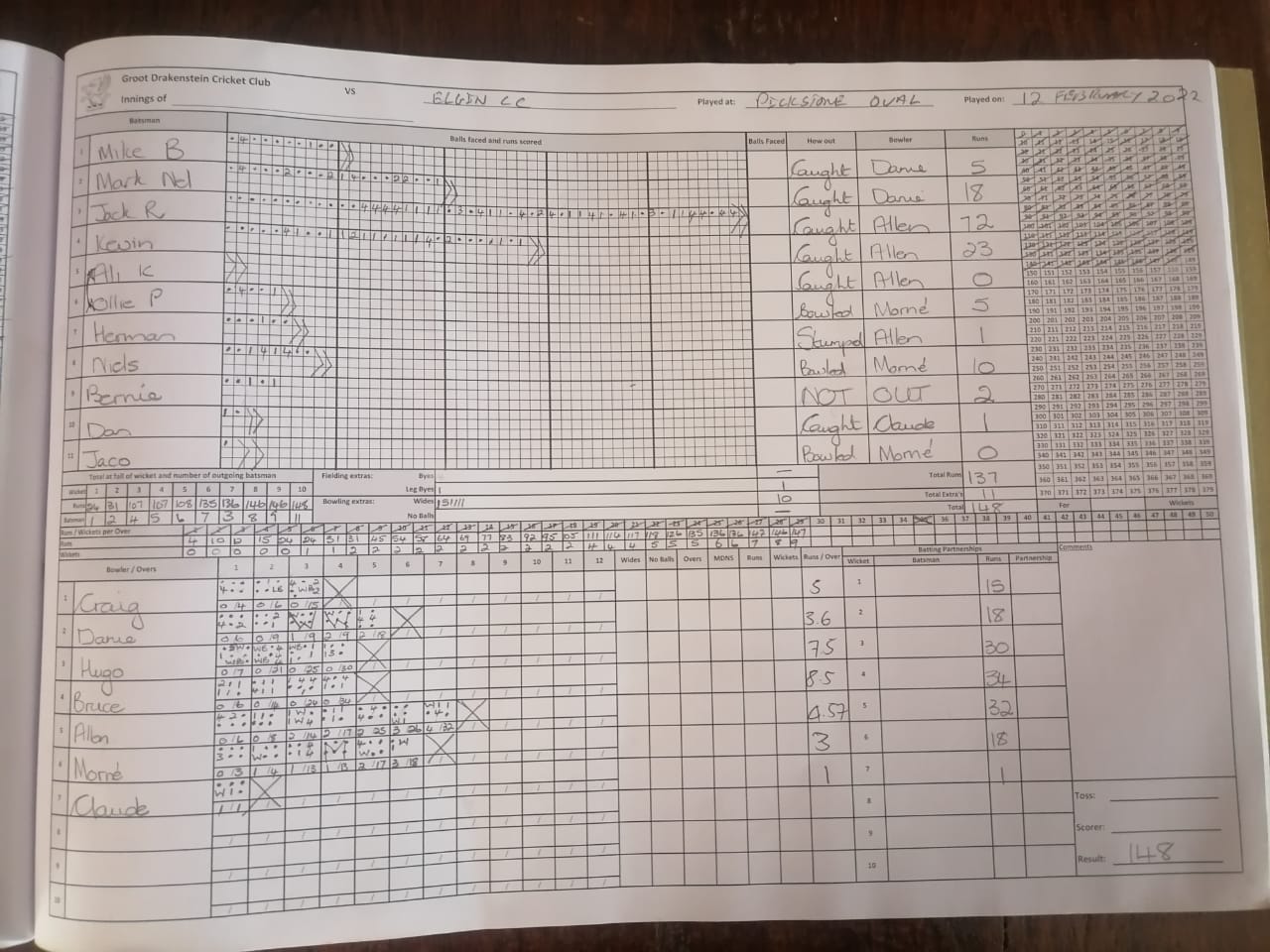