On Sunday, the Groot Drak boys were ripped out of their comfort zone to play a rare away game against the Pumas at the spectacular Rondebosch Oval. After quickly assessing the conditions, Groot Drak was given the opportunity to bat first on the relatively small, but beautifully manicured ground.

A new face in the Groot Drak setup, was Greg Olyn, who ably opened the batting with Quintin van der Westhuizen. Quintin got off to a flyer and took particular fancy to the rather close square leg boundary, as he interrupted the residents’ quiet Sunday afternoon with a barrage of sixes on to the surrounding rooves, patios and gardens.

The openers managed a 100 run stand before Greg (30 from 34) departed just one ball before the 12 over drinks break.

Cassie Carstens looked good for his 23 from 26 before being dismissed in the most unfortunate manner – losing the grip on his bat and knocking over his stumps in the process. In his third game for Groot Drak, Joubert van Zyl was rock solid at number 4 and posted 38 from 37, but was unfortunately run out while pushing for a second run.

After his last few innings saw him out in the 40s, Quintin finally managed a half-century and showed no signs of slowing down as Claude Chantler joined him at the crease. Quintin was finally dismissed playing one shot too many, getting caught behind square leg just 5 runs short of what would have been a well-deserved century. Quintin carted six sixes and ten fours in his stand of 95.

Starting cautiously, Claude pushed and prodded ones and twos to start and opened up later on in his innings. Having to deal with a colossal 37 deliveries, Claude had pushed his body to its breaking point and retired his innings and his dignity on 42 before being helped off the field and into the air-conditioned bar area.

Tim Whitfield (37* from 12) and Craig McNaught (10* from 6) were tasked with seeing off the last 3 overs of the innings. Tim smashed five sixes, including one that will only be recovered from Athlone Stadium in the coming days.

Having to be wrestled away from the clubhouse after lunch, both teams set out in the heat for the the run chase.

Rondesboch Pumas lost two early wickets as Craig McNaught (3/23 from 4) picked up Grant and then Gerhard in his first over, thanks largely to a superb one-handed diving catch in the slips from Angus Simmers.

At the other end, Tim Whitfield (1/28 from 5) knocked over Tariq Benjamin, who was on the charge and looking dangerous.

The spin twins, Angus Simmers (1/10 from 2) and Bruce Taylor (2/34 from 5) took the first-change duties. Angus bowled in great areas, but removed himself from the attack, citing a calf strain. Bruce bowled a mixed bag that produced -boundaries-a-plenty, but he found the zone in his final over, nabbing one wicket via a sharp stumping and another from a simple catch at first slip.

Reverting back to pace, Hugo Brink bowled arguably his best spell ever for Groot Drak. Landing multiple unplayable in-swingers, Hugo chimed in with two for 10 from his 4 overs. With only one wicket left to get, Johann Agenbag was unfortunate to only be required for 6 balls, but that’s all it took to uproot the stumps of Mo Pillay before the Pumas were bowled out for a fateful Nelson; 111 after 21 overs.

After enjoying the lovely amenities at the Rondebosch Oval, both teams were treated to some gourmet boerie rolls and some civilized fines. Thanks to Garth and the Pumas for their cracking hospitality and a wonderful day of cricket in a stunning setting. 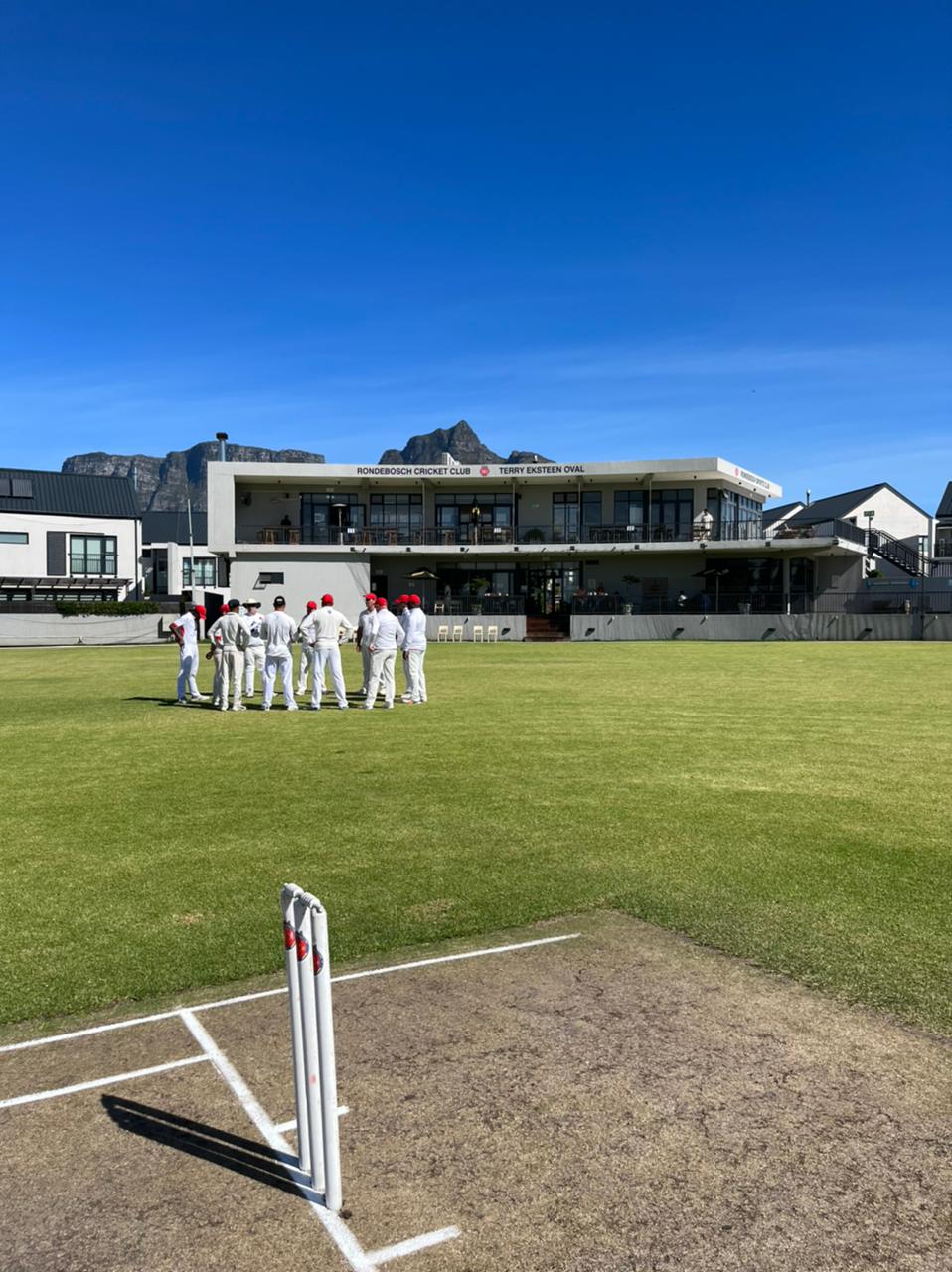 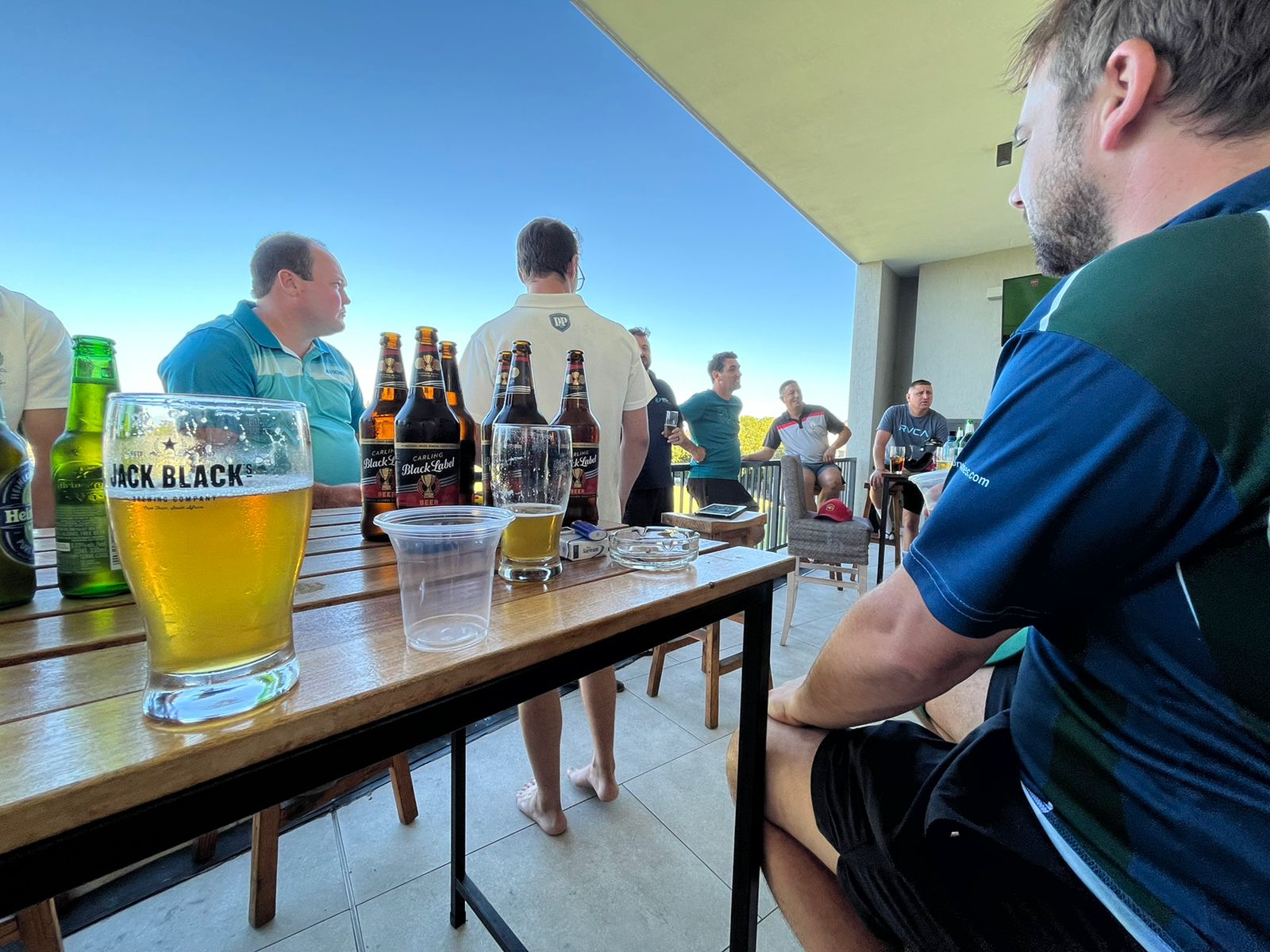 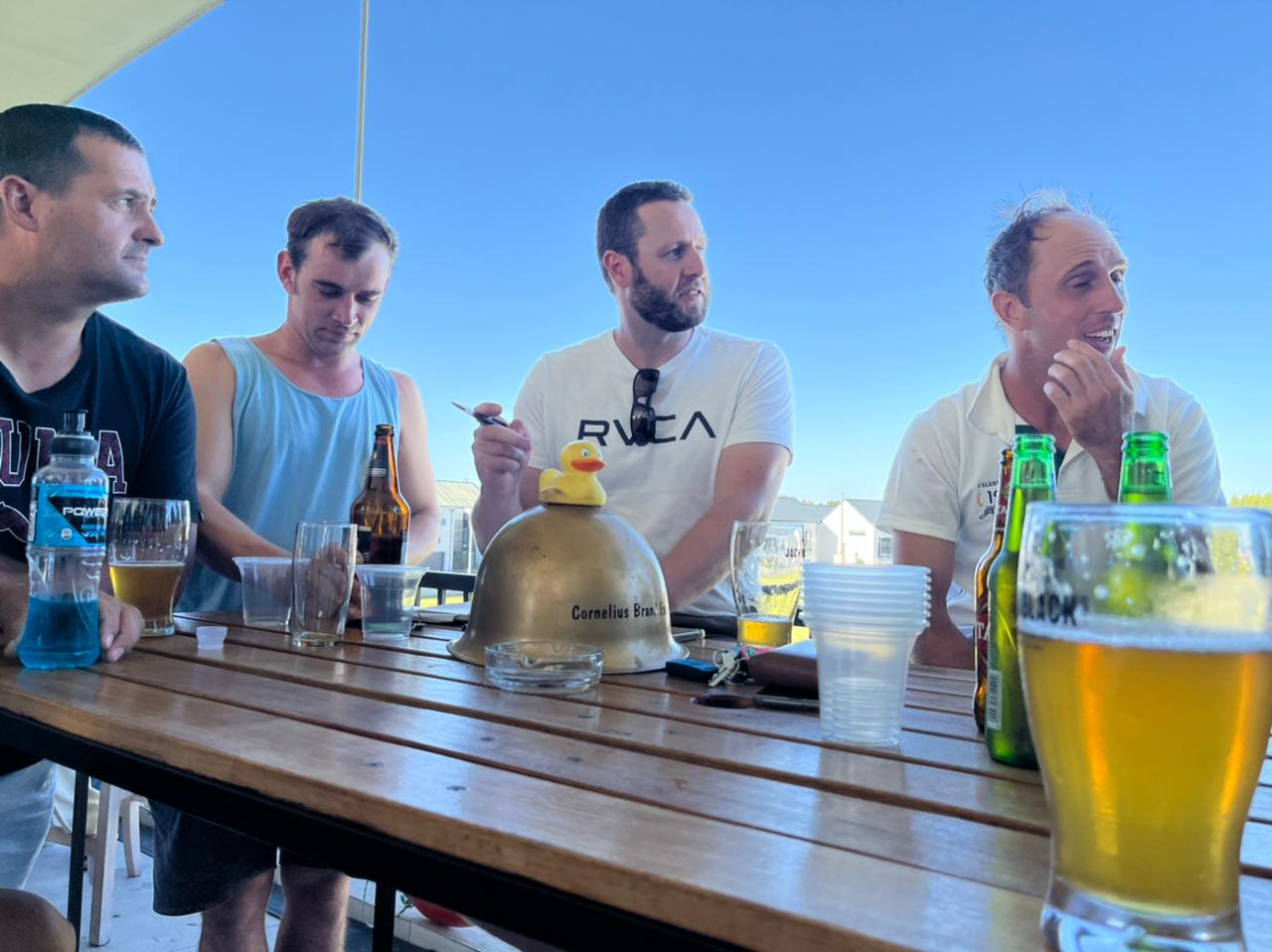