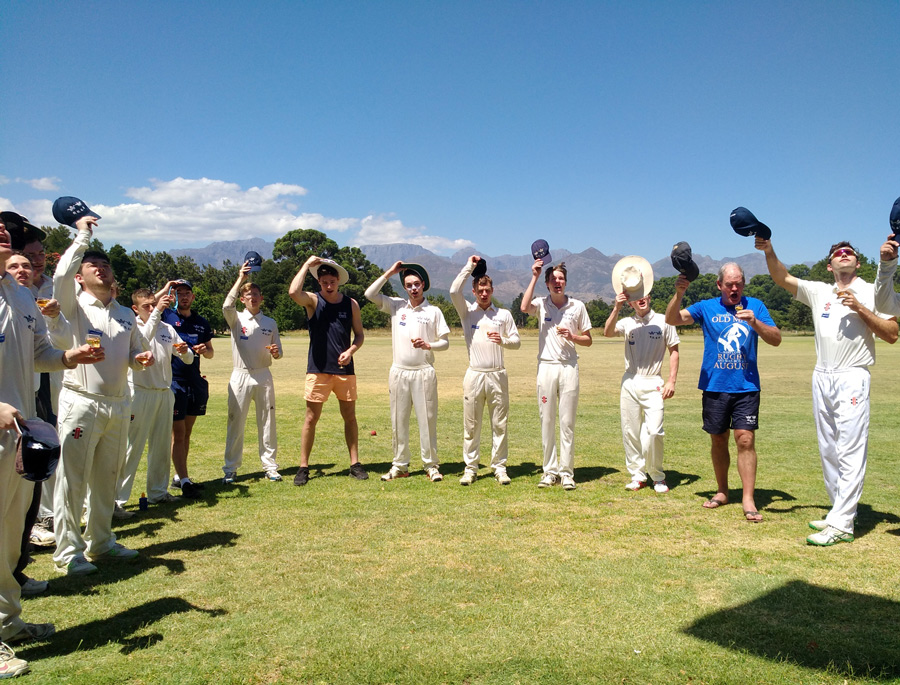 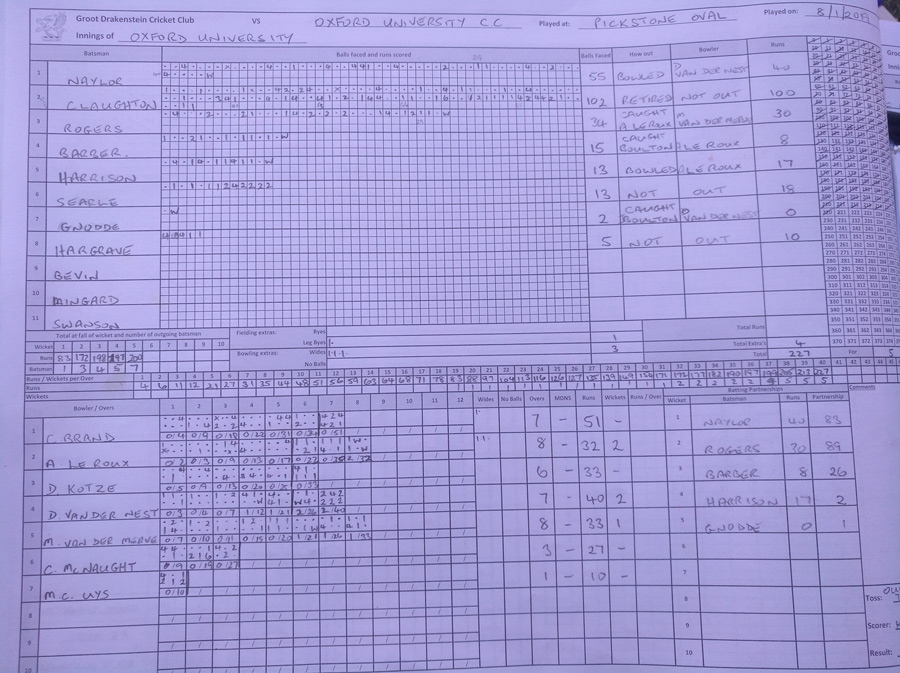 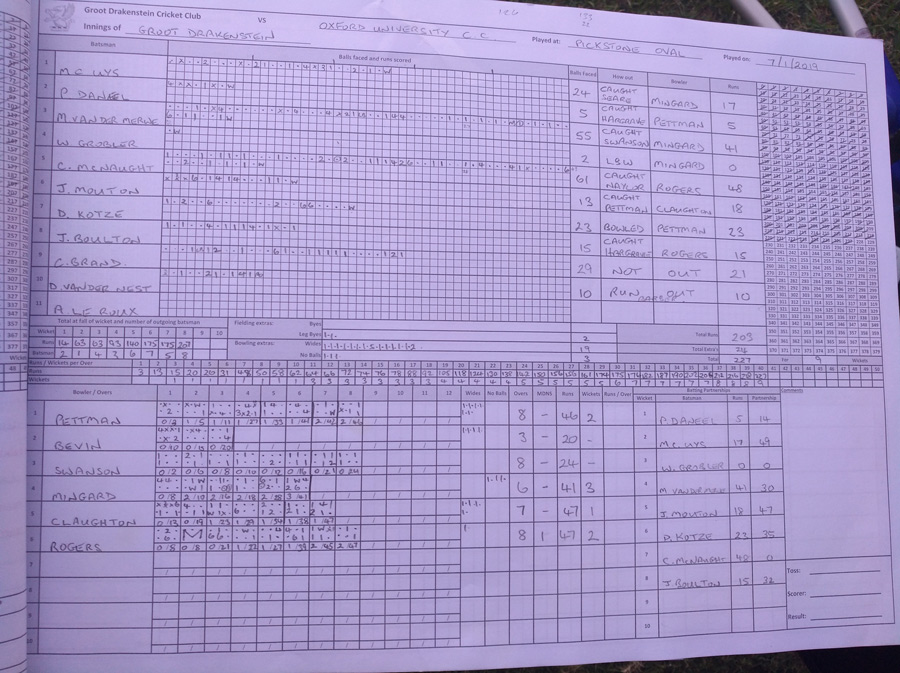 Saturday the 21st of January 2017 was Groot Drak’s first match of the New Year.

Having had a great first-half of the season, this fixture against Villiersdorp was one of only 2 matches we had lost last year (narrowly on a rain-affected home wicket), so the lads headed over the pass eagerly to set things right.

We lost the toss and headed out to field in the heat, our bowling attack was probably the strongest in a very, vey long time with a blistering pace onslaught of Morne Maritz, Marnitz Phister, Joubert Kotze and Craig McNaught.

The opposition pushed and prodded and were 68 for 4 at drinks. Our usual tactic of then bringing on the spin from both ends was just too much of a carrot to dangle and the batsmen went out in a procession of exceptional catching and fielding.

Our total to chase was 143 and an outstanding opening partnership by MC Uys and Gary “Gazza” Seaman, put us in the driving seat, the highlights being MC’s 44 off 42 balls and Gert Uys with 32 off 35 balls.

The runs were scored in just 23 overs allowing the sick, aged and infirm to enjoy a cold beer in the shade.

Victory and fines were indeed sweet, the game was played in a magnificent spirit and we look forward to a similar performance this weekend.

On Saturday the 10th of December, the lads from Citrusdal Cricket Club paid Groot Drak a visit for the last game of 2016. With some persistent rain the day before, it looked like the game might be called off, but both sides were adamant to get another match in before the end of the year.

Groot Drak took to the field with some pretty warm weather about – opening the bowling with Morne Maritz and Colin Myburgh. Both openers did a great holding job and took two wickets a piece – Myburgh finishing with very respectable figures of 2/25 off 7 and Maritz ending up with a remarkable 2/6 off 7, including 3 maidens.

The middle overs of the innings saw club-debutant Nick Boulton (0/24 off 4) and Craig McNaught (1/27 off 7) leak some runs to give Citrusdal a slight advantage at the drinks break after several catches went to ground.

After drinks, skipper Bruce Taylor (2/42 off 6) brought himself in to the attack, and, while conceding plenty of runs, took two vital wickets, dismissing both of Citrusdal’s top scorers.

Groot Drak required a solid start as the brothers Boulton were charged with opening the batting. They were both given life-lines as a catch off either being put down early on. Those missed opportunities proved very costly as the brothers put on a magnificent opening stand of 122, with Nick being run out for 50 off 49 and Jono reaching 56 off 75.

After the departure of both Boultons, Andrew McNaught (14* off 13) and Gary Seaman (22 off 18) saw off the remaining runs to guide the home team to a comfortable victory in the end; seeing Groot Drak win by 11.5 overs and 7 wickets.

Both teams gathered in front of the clubhouse for a severe fines meeting that was harsh on some poor fielding and rewarded a number of excellent innings. Citrusdal gave a lot of ‘pointers’ to the local boys on how to conduct a proper fines meeting before heading off to man the braais and to support the bar well in to the night.

A lot of new friends were made on the day, with the game being played in a wonderful spirit and both teams thoroughly enjoying the post-match festivities. While Groot Drak will go in to the New Year with the taste of victory still palpable, we expect a tough return match when the two teams meet again in Citrusdal in the middle of summer 2017!